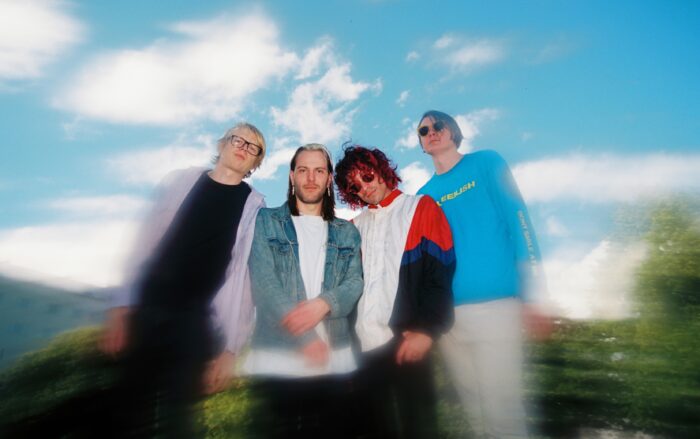 Following on from last year’s Last Call, Lazy Queen have returned with a blast of crunching guitars that wail through bouts of regret-filled nights out that blur into one, pondering how to digest the painful memories created after nightfall. Inspired by struggles with mental health and addiction, the band balance vulnerability with blistering anger and hurt, alternating seamlessly between thrashing guitars and softly sung laments.

It dispenses with the poppier hue of their last morsel to rev up into a grunge-soaked post-punk attack. Dark grooves through the verses crash into driving power chords in the choruses that break and hammer the nail deep. “It’s me versus me / It’s the only way I could be / Nothing can kill me but myself.” It’s angst and anger-fuelled mayhem that is held together with rocket fuel.

On the song, lead singer Henrik says: “Bid Geal is about someone who’s seemingly very proud of how fucked up they are. It’s a frame of mind full of self-deception, gleeful ignorance and hard-headed stubbornness. The song’s got that “fuck you, fuck me, fuck everybody” attitude, so we really pursued that in all aspects of the writing, giving way to our more exuberant and sporadic impulses. It’s our take on slapstick comedy in the form of a song.”

Check it out below.