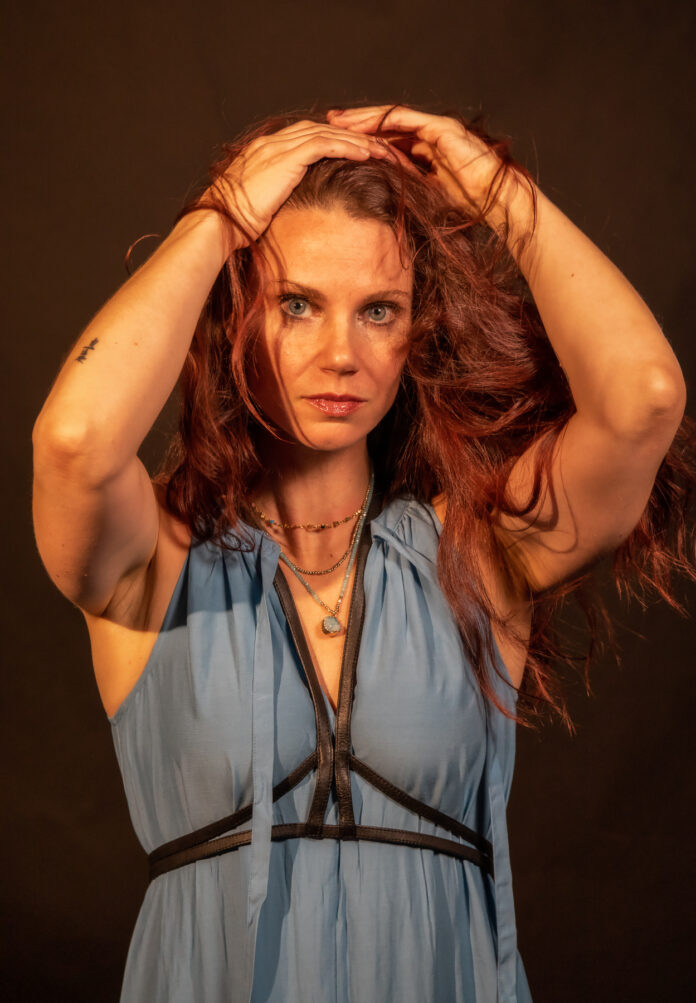 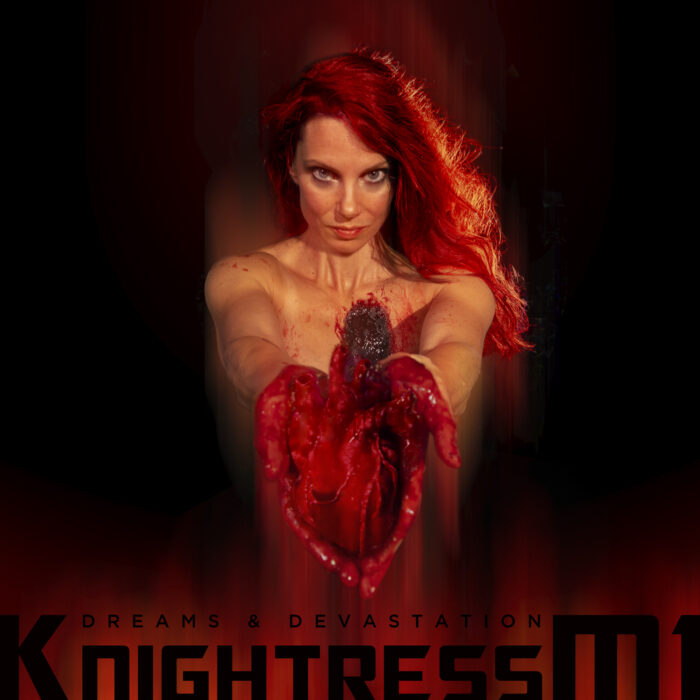 If you never thought it was possible to combine elements of Whitesnake, Kristin Hersh’s 50FOOTWAVE, Florence and the Machine, Perfect Circle and Metallica in one virile potion, think again. San Francisco Bay-based artist KnightressM1 has already done it. Of course, it does help that frontwoman and violinist-in-overdrive Emily Palen has members of two of these groups as part of the band.

Formed in 2011 by performer / composer Emily Palen with support from drummer Rob Ahlers (50FOOTWAVE, Kristin Hersh), KnightressM1 was joined by bassist Uriah Duffy (Whitesnake) for this studio album. With adrenaline-inducing driven bass and a rhythm that is rounded out with cleverly timed and uniquely style vocals, not to mention calculated and impactful harmonic layering, the power trio manage to drive home a good point – this is a new form of post-metal, unlike anything you’ve heard before. As hard to pigeonhole as any emerging sub-genre offshoot, dodging that bullet serves to their advantage. Part of their awesomeness lies in the fact that they don’t quite sound like anything else out there on the music scene.

KnightressM1 is the sonic manifestation of Palen’s heart – relentless, always reaching for beauty and absolutely driven by intensity. Their music is fascinating in the integration of specific musical frequencies – the further Palen ventures in this sonic journey, the heavier and heavier the sound gets. The crushing intricate rhythm section blends harmoniously with her driving, searing electrified violin tone as the lead.

Earlier, the band presented singles ‘Lock & Key’ and ‘Polarity Integrate’. On Friday, their debut album ‘Dreams and Devastation’, a 12-song ambitious concept album that explores both the emotional depths of personal transformation and the journey of cosmic awakening. Co-produced by Palen and esteemed producer John “Lou” Lousteau (Foo Fighters, Iggy Pop, Joan Jett), it was recorded at Foo Fighters’ acclaimed Studio 606 near LA.

Emily Palen provided some personal insight on the new album:

“If I could pour out my heart for everyone to feel, see and hear, it is ‘Dreams & Devastation’. I’ve always had this unshakeable knowing that we, as a plant are on the cusp of radical evolution. As a musician I have been drawn to deepen my work into it’s most authentic core. This album is the evolution of that path up until this point. It is energetically designed to inspire awaken the slumbered, bring peace to the peaceless and inescapable truth to the predator. We must have the courage to face our own pain, realize our own potential and step up into our power so we can help shift the tide of the planet towards a free and sustainable future. This album is the soundtrack to that vision.

This is also a tale of my own healing, songs that helped me to get through impossible places. Music that saved my life. Everything that I have ever been through, every person I loved, lost, gained; every abandoned heartbreak, every dagger’s edge now makes sense in the context of this album. It was all so I could write these songs and experience the power of being within my own authenticity. Music has always lifted me into an untouchable space, even when everything around me is breaking, when I am in unbearable soul pain, beyond what I myself can repair, the music takes that pain and morphs it into beauty and power. When I’m completely honest with the music, it alchemizes the deepest sadness and betrayal into an unbreakable strength and love. We become greater because of the life we have lived, not in spite of it.”

The embodiment of musical manifestations, KnightressM1 is based on the thematic concept of a female galactic warrior, who comes to Earth to bring justice, hunt corruption and restore truth. Within universal language, M1 is code for unity. This is her identifier. Her frequency. KnightressM1 (KM1) is the vessel through which Palen creates and shares her unique contributions to what is more commonly known here on earth as the music industry.

Palen is a a classically-trained virtuoso has spent her life mastering violin, piano, singing and composition. As a young adult, she began exploring the concept of transmitting consciousness through improvisation. Emily explored this power through sacred solfeggio in the steadfast belief that these specific audio tones have transformative power.

Since releasing her first solo violin improv album ‘Glass ~ Live at Grace Cathedral’ in 2012 and ‘Creation’ a year later, she’s become a sponsored artist with Engl Amps, a crucial part of KM1’s tone, and has played or recorded with Foo Fighters, Eric McFadden and Gretchen Menn, among others, both as a live performer and a compositional recording artist, Earlier, she became a finalist in the ‘My Grammy Moment’ competition and played live with orchestra at the Grammys, conducted by John Paul Jones (Led Zeppelin).

As of September 25, the ‘Dreams and Devastation’ LP is available across digital outlets such as Apple Music and streaming platforms such as Spotify.

Before you sign off from KnightressM1, we leave you with a couple of videos to go with those earworms.