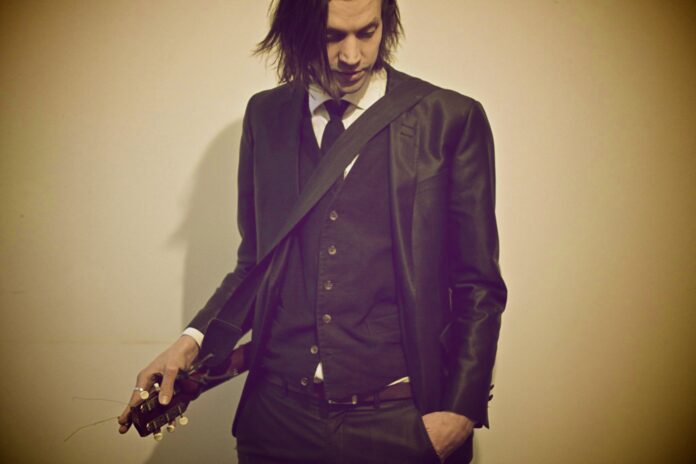 Sometime Crippled Black Phoenix vocalist John E Vistic has a brand new EP out next week which showcases the Bristol based vocalist’s emotive dark folk tunes as well as any release the singer-songwriter has put out before. We thrilled to be able to share the whole EP with you today too, so hit play on it above post-haste! Meanwhile, below you’ll be able to find out a bit more about the EP – and John himself.

Once you’ve started listening to the EP above we’re sure it’ll come as no surprise to you when you find out that the multi-instrumentalist’s been known to cover Nick Cave – for that’s the musician who first springs to mind when you hear some of John’s music. Gravelly vocals and powerful, swelling tunes that reach deep inside, all built on a foundation of rock solid musicianship.

It’ll also, what with the Nick Cave reference, probably come as no surprise to learn that John was raised in Australia, all be he now based in the city some of us consider to be the nation’s throbbing music hub, Bristol, a place that seems to be making a great job of producing all the best artists in the country at the moment from pretty much every genre.

John’s music’s been accurately described as…

An undoubted highlight of the EP – and its focal point, indeed, is a mesmerising duet John does with fellow Bristolian  Katey Brooks – another person whose name, in years to come, you’ll all be familiar with we’re sure.

These tracks serve as a taster for John’s forthcoming album, Welcome Down the Night, due out later in the year.