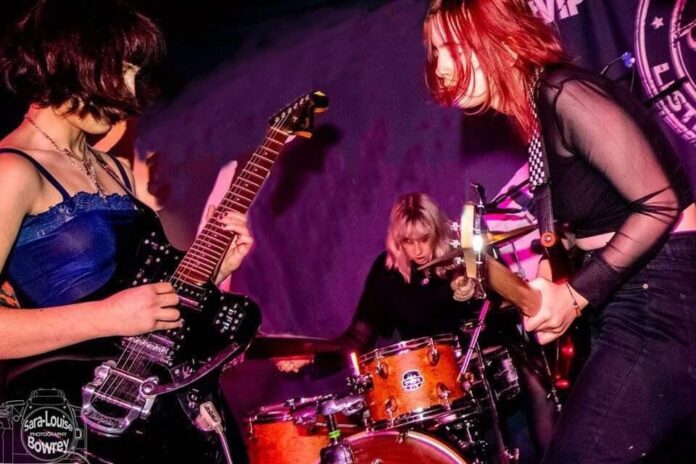 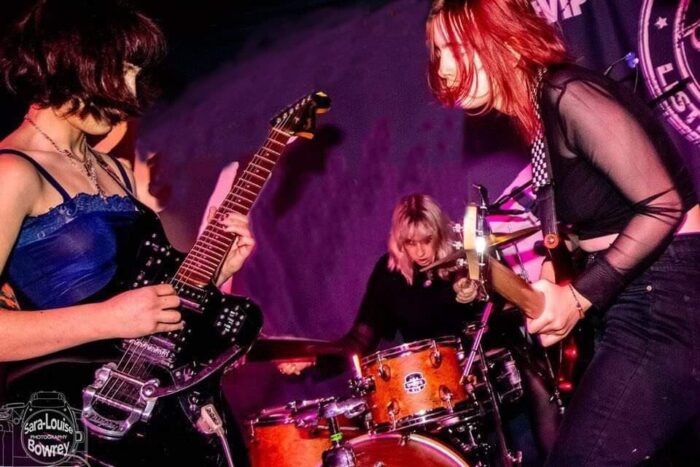 Sometimes we all need a nudge in the right direction with new music. When that nudge comes from one of Evil Blizzard you take it seriously. Welcome to the immense Hotwax…

According to the wisdom of the Blizz I’m probably one of the first people in ‘the biz’ to hear this. I certainly won’t be the last. This is just a pure psych rock Riot Grrl slab of 90’s hard hitting dirty grunge that kills me. Any Mancunians reading this who have seen Witch Fever will tell you the buzz of that raw sound they make. Take note here… Hotwax are three fuckin’ sixteen year olds from Hastings, who sound like they’ve been playing since playing in the playground at playtime. Intense as fuck and in your face these young girls are going to slay you by the sound of this. I hope you’re listening Mr Robb!

Deep within the bowels of the South Coast of England. Refreshingly inspired by No One, an uber young all girl power trio know as Hotwax. Woeful songs of teenage angst, songs so beautifully innocent yet so poignant with an energy inspired by “Life”… Albertine, PJ Harvey, even Karen O would give em the nod. A blistering debut from an exciting young band making music way beyond their years.