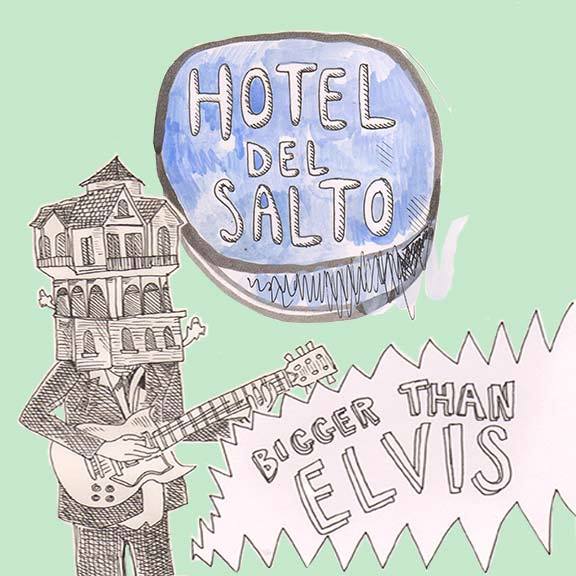 Bigger than Elvis is the debut release by songwriter and multi-instrumentalist J Francis under his Hotel Del Salto moniker. The single is a slice of avant-pop that harks back to the golden age of pop experimentation by the likes of Brian Wilson, Prince, David Bowie whilst also referencing the current crop of individualistic talents like Euros Childs and Beck.

“Hotel Del Salto is a modern day Welsh Todd Rundgren, this is classic pop songwriting at its best, adventurous with hooks galore and heartfelt yet playful lyrics. There
was no question we had to work with HDS and let the world join in on his sonic explorations”

Believing in the power of pop music, Francis looked at how we as a people are enthralled by the sights and sounds of the USA and how we take those very things and
turn it into something of our own. A trait we Brits have been doing since the first recordings arrived on our shores. Bigger than Elvis is a love song not to a specific person
but to a feeling, a character tale of unnecessary egotism which is used to hide ones true feelings and raw emotions.

Written and recorded by Francis himself in a true DIY fashion, Bigger than Elvis is a perfect first glimpse of a talent that is soon to blossom across the UK.

Listen to ‘Bigger Than Elvis’ here: