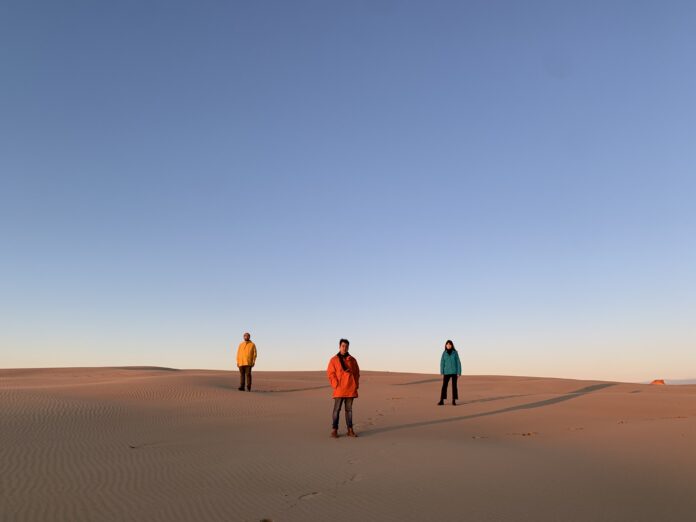 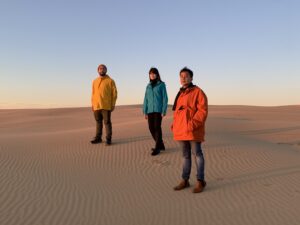 Taking pointers from dreamy rock acts like Yo La Tengo and Unknown Mortal Orchestra, as well as shoegaze bands like Slowdive, Grids & Dots have crafted a sound that’s equal parts familiar and new. It’s sunny, with an undercurrent of melancholy.

Given the current wave of warm weather, the release of their new single The Great Divide couldn’t have been more perfectly timed. The song blends soaring guitars and bright melodies, with the vocals adding a certain bittersweet feel. The band describes The Great Divide as being about trying to make a connection with someone that never really materialises.

It’s one of several new songs they’ve recorded during lockdown for a new EP, and the first to be released since last year’s Never Change. The song was produced by Wayne Connelly, known for working with a number of cult Australian acts, including Underground Lovers.

Accompanying the new single is a delightfully breezy video directed by Paul Matreke, which sees the band traverse the gorgeous sand dunes of Port Stephens just outside of Sydney.

For fans of dream-pop acts like Beach House and Real Estate, Grids & Dots is certain to scratch a similar itch. There’s just something comforting and warm about their sound, like watching a summer sunset.

Watch the video for Grids & Dots’ The Great Divide below: