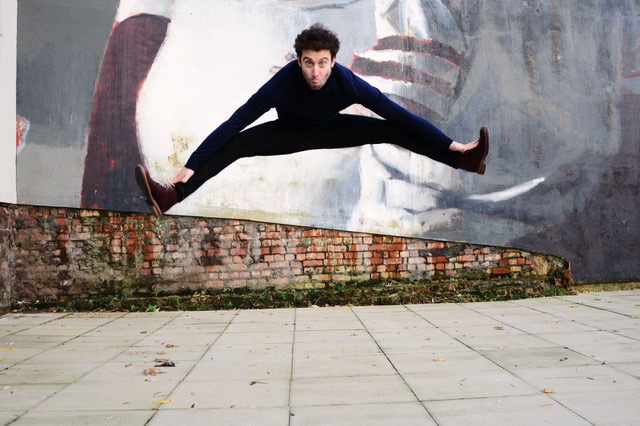 The track’s vocals “embrace who you are” feel ever-more relevant as we return to the world to find ourselves following the unexpected social hiatus of 2020. Both calming and inspiring, the track sows the seed for the forthcoming album with a hybrid of contemporary musical elements and traditional folk foundations.

Who You Are is one of 11 tracks produced for The Positive Song Project, which was launched by Granfalloon during the first lockdown of 2020. It invited songwriters to create new music, challenging themselves to focus on positive aspects and feelings. So far, the project has resulted in the creation of over 300 tracks by artists from all over the world.

Granfalloon AKA Richard Lomax explains: “The idea formed from a conversation I was having with Lobelia Lawson, the co-founder of PSP about how a lot of inspiration for our songs comes from a place of introspection or melancholia, anger or pain. We thought we would challenge ourselves & other musicians to focus on positive songwriting. Maybe it began as a way of managing anxiety or as a refusal to let the cancellation of gigs completely take music away but it soon became this weird positive energy… this propulsive force which grew into something very special”

The project grew from a self instigated challenge between two friends into a community of songwriters from around the globe (Guadalajara, Los Angeles, Helsinki, Melbourne, Amsterdam, Manchester, Birmingham, London, St Annes) and, as weeks went on, musicians got in touch with Lomax to collaborate on the songs he was writing each week – musicians including Adrian Ingham of Hello Cosmos, Maya McCourt (Salt Moon), Andy Lyth, Daz Woodcock, Thirds, Erika Schweighofer, Lobelia + Steve Lawson, and Elbow co-founder Richard Jupp. These collaborations find their place on the forthcoming album ‘Positive Songs’.

Granfalloon is the principal project of Richard Lomax, a Manchester-based songwriter and producer who has been constantly creating since 2003. Lomax came to music later than most after a scarcity of exposure in his home town. When he did, it felt like opening a door from a world of black and white to a universe bathed in a spectrum of memsmerising colour. Too late to take a traditional path of formal training, Lomax entered an avant-garde music course in the north of England, where he made his creative home. After cutting his teeth fronting surf rock bands and the anarchic folk collective Johnny5thWheel&thecowards, Lomax moved to Manchester in 2013 in search of the next step.

Granfalloon was born after an operation in 2017 left Lomax with temporarily limited mobility. While in recovery, he recorded the debut Granfalloon album, Down There For Dancing, with drum machines, an Omnichord, and a guitar.

The second album, RGB, was released in 2019. That year also saw Granfalloon perform as a full band at Bluedot Festival as well as touring the UK and Europe. The album’s singles were championed by BBC Introducing and BBC 6 Music. Granfalloon was also named Artist of the Week by Qthemusic and Richer Sounds.

Lomax has previously released two albums with Johnny5thWheel&thecowards. These included TalesOf through Sotones Records (Band Of Skulls/The Moulettes), described as “a work of genius” by Whisperin’ & Hollerin’ and “one of the finest folk-pop records of the year” by God Is In The TV.

Both albums were critically acclaimed in many blogs and listed in several as top albums of the year.