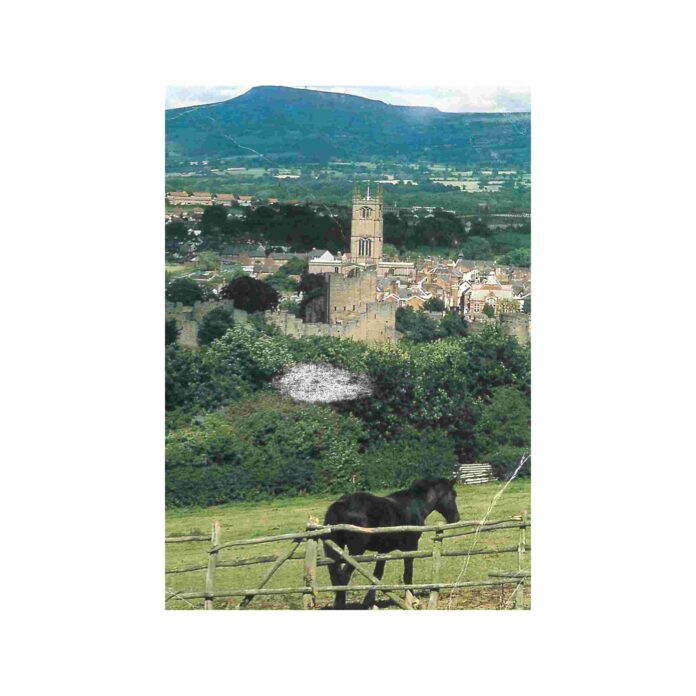 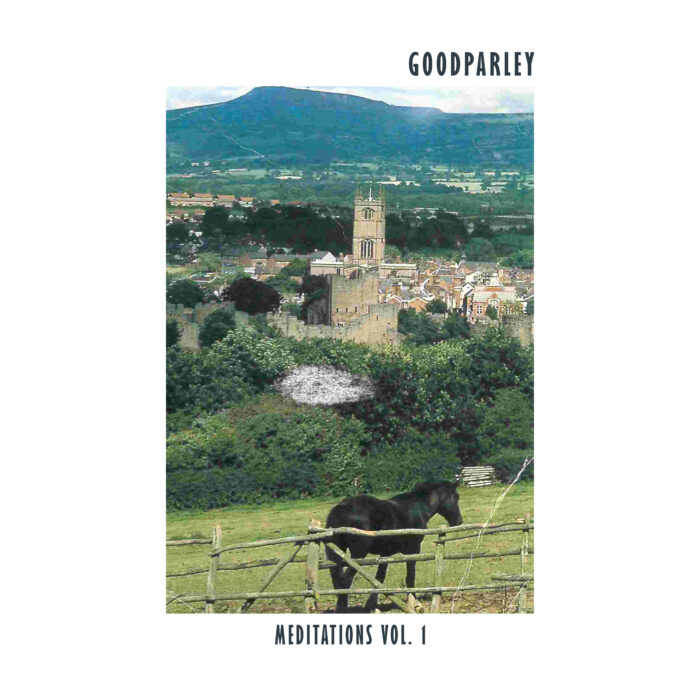 ‘Meditations Vol. 1’ is the new album from Goodparley, the alias of Cardiff-based sound artist Oli Richards. Bathed in a calm but powerful quietude, ‘Meditations Vol. 1’ collects together five single-take improvised guitar pieces, each one recorded in the very first waking moments of Richards’ day. These are pieces of great lightness and subtlety, each one unfolding with a gentle, euphoric awareness.

The origins of the ‘Meditations’ project can be traced back to 2020 with the release of ‘Green Into Blue’ (Recordiau Prin). The album consisted of three long guitar improvisations selected from around seventy recordings that Richards made in the wake of a relationship breakdown, but which he never intended to release. They were personal moments in Richards’ life, designed more as a practice or discipline than a recording session. Using loop pedals and effects, the recordings that eventually appeared on ‘Green Into Blue’ were live, unedited and freighted with deep contemplation.

Last year saw four releases from Goodparley – ‘Canvas’ (Submarine Broadcasting) and ‘Mist, Rain, Dust: Dissected Frequencies’ (TQN-aut), followed by two collaborations, ‘Enjoying Nature’ with Poppy Jennings (Strategic Tape Reserve) and ‘Surroundings’ with Ioan Morris (Subexotic). The upshot of that release schedule, as well as beginning the recording of a second album with his band Silent Forum, was that he barely touched his guitar for most of 2021, something that started to trouble Richards as the year progressed.

“Playing guitar is one of the most meditative things that I have in my life,” he says. “It’s literally a practice of meditation. I do meditate as well, and I also started doing yoga in the pandemic, which came about from struggling with my mental health. However, I enter a flow state the most when I’m messing around with pedals and playing the guitar.” The need to release new albums wasn’t something Richards felt he needed to do, so after a period of reflection late last year, he decided to find time in his day to start experimenting with his guitar again.

Like many people, the pandemic forced Richards to manage his day job from home. “I’ve never been a morning person,” he admits, “but when working remotely, I soon found out that I needed some time before switching the laptop on and starting work.” To deal with that, Richards constructed a morning routine of meditation, yoga and journaling before starting work. Even then, he realised that he was dozing for ten or twenty minutes after his alarm went off, and contemplated using that time – when most people are still fast asleep – to play.

“I set up my guitar and amp in front of the window that I tend to look out of when I’m meditating, and I just left it there,” he explains. “It means I’m good to play within 30 seconds of getting out of bed, even though I’m still half-asleep. I switch on the amp, plug in the pedals, plug in the guitar and play. Instead of either dozing or looking at The Guardian website and depressing myself, I’m already in a better mind state. It’s become my favourite part of the morning routine.” The results are imbued with a sort of inquisitive serenity, developing with a natural, unhurried tone; minor imperfections become important components of the way that the pieces unfold; melodies emerge, evolve then dissipate beneath new clusters of notes.

You can pre-order Meditations Vol. 1 here.

Published by Paul Scott-Bates. More of Paul’s writing on Louder Than War can be found at his author’s archive. Paul’s website is hiapop and you can follow him on Twitter as @hiapop, and on Facebook here.