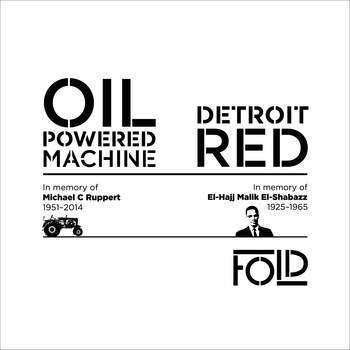 The two tracks,  Oil – Powered Machine & Detroit Red, are to be released on limited edition, hand-numbered 7″ vinyl and download. Inspired by Public Enemy, the group have sampled resounding speeches by Malcolm X and Michael Ruppert which the group believe perfectly encapsulate their personal and political beliefs. As Seth from the band states:

“There are compelling reasons for wanting to bring Malcolm X in particular to people’s attention at this time, not least of all because Feb 21, 2105 marks 50 years since his assassination.”

For full details of the release, and for more information on Malcolm X and Michael Ruppet visit: fold.fm.

Pre-Order from The Fold’s Bandcamp.

Oil Powered Machine / Detroit Red can be listened to here: