Home Music Bands Listen To This! The First Rolo Tomassi Single Off Their New Album... 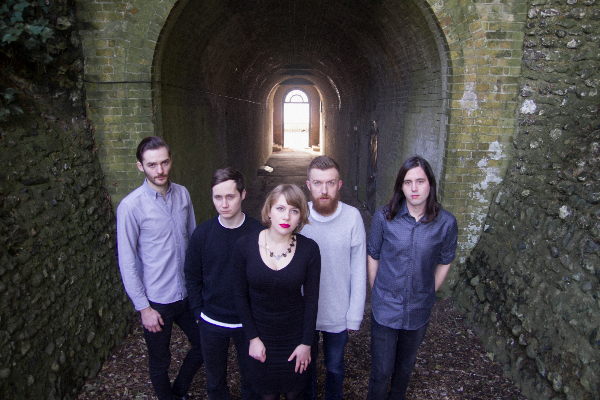 On February 18th, the exact date of their 10th anniversary, Rolo Tomassi announced that their next album would be called Grievances and that they’d be returning to their spiritual home, Holy Roar Records, to release it on  June 1st. Today the first single off it’s been released – check it out as it swings between being extreme and ferocious on the one hand and emotive and sensitive on the other above. More info about it and the album new album can be found below.

Loosely fitting into the genre “hardcore” (but with synths) Rolo Tomassi have gone from strength to strength since they put that first release proper out through Holy Roar all those years ago. They’ve built that reputation as much through their frenzied, fearsome and cathartic live appearances as anything and we can definitely attest to the fact that it’s impossible to see them live and not be mighty impressed.

The new single sums up the difficulty people have in pigeonholing the band. It’s drenched with emotion whilst still having the raw power and experimental edge  that’s seen them tagged everything from math-rock to grindcore in their time together – genres that, amongst many others, they’ve eaten whole and incorporated into their unique sound.

The single is available in all digital formats via Holy Roar or Bandcamp.

About the band’s return and new album Eva and James Spence commented thus:

“At 10 years in I feel more enthused than ever with where we’re at as a band. With ‘Grievances’, we followed on from the sound we developed on ‘Astraea’ and pushed that even more so to make an album we’re all really proud of and which I consider to be our best material to date.” Eva (Spence.)

“Creatively we wanted to do something ambitious and took our time in making sure the material was right. We tried new ways of writing including collaborating with other musicians for the first time to make sure we could capture the feel we wanted on this record. The Ranch provided the ideal location to make this happen and having worked with him last year on our single ‘Adrasteia’, we jumped at the chance to work with Lewis again who has really brought it all to life with his production.” James (Spence.)

In other Rolo Tomassi news, the band have also announced a very special set of live dates for the week of the new album release. They’ll all be in London in very small and intimate venues, with 4 different support bands all of whom Louder Than War endorse wholeheartedly.

ALL info on the dates is below…

They also play these Summer Festivals with more to come: