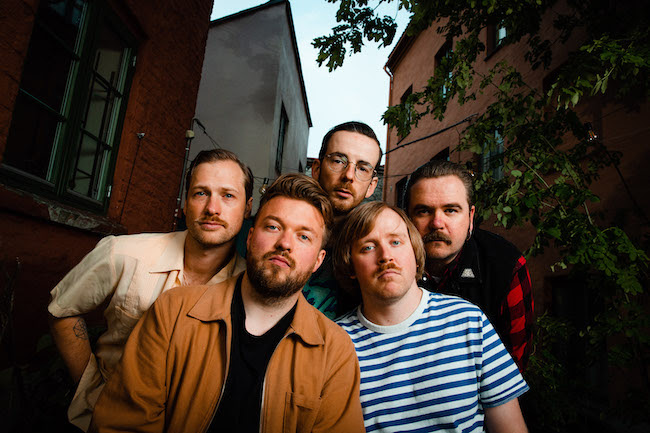 Death By Unga Bunga have followed up the release of the first three singles from their forthcoming album, Heavy Male Insecurity, with their latest single, Egocentric.

Egocentric is a beer-drenched banger about looking out for number 1. On the track, the band say, “The egocentric mind has no empathy for others and their opinions. Something you’d expect from a child, but it’s often still the case for an insecure grown man. It’s OK to be selfish sometimes, but it doesn’t mean you have to be a complete dick all the time”.

For over a decade, Death By Unga Bunga have supplied their own blend of punchy rock and roll, joyful power pop, and wavy psychedelia that reels you in and doesn’t let go.

Hailing from Moss, Norway, and taking their name from the title of legendary punk band The Mummies’ 2003 album, the band formed in 2007 after lead singer and guitarist Sebastian Ulstad Olsen held auditions out of his own garage. Since those early days, Olsen, Preben S. Andersen (guitar/keyboards), Stian S. Gulbrandsen (guitar), Even Rolland Pettersen (bass) and Ole S. Nesset (drums) have been doing things their own way, unafraid to evolve and build on the powerhouse sound longtime fans have come to know them for.

With a new album ready to come out next year, listeners should buckle up for rock’n’roll that will fill your soul and music that will allow you forget about the troubles of modern life.