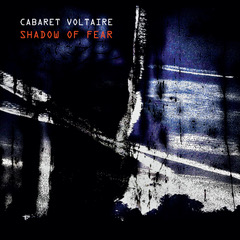 When a once cutting-edge band returns with new material after a gap of a quarter of a century, it’s usually wise to blend excitement with caution. Especially when they are as important and influential as Cabaret Voltaire.

Not in this case.

The Power (Of Their Knowledge) sounds as fresh and experimental as anything the hugely influential electro outfit have released in almost half a century since forming in Sheffield way back in 1973.

Following on from previously released comeback track Vasto, it’s taken from their first album in 26 years, Shadow Of Fear, due out on Mute on 20 November 2020 – Cab Vol’s first release with Richard H Kirk as the sole member of what is now a one-man ‘band’.

Mixing elements of techno, dub, house, 1970s Kosmische and general esoteric explorations coupled with mangled vocal samples, it’s described as a voyage through the history of electronic music that arrives at a new destination.
The genesis of the new album was the 2014 Berlin Atonal festival where Kirk played the first show on his own as Cabaret Voltaire. This began a new era for the pioneering Sheffield outfit who were a defining influence on electronic, post-punk and industrial music.
Kirk says: “The mission statement from the off was no nostalgia. Normal rules do not apply. Something for the 21st Century. No old material.”
~
All words by Tim Cooper. You can find more of Tim’s writing on Louder Than War at his author’s archive. He is also on Twitter as @TimCooperES.
~
More about Cabaret Voltaire here:
https://www.facebook.com/CabaretVoltaireOfficial/
https://twitter.com/CabsVoltaire
www.mute.com