Home Music Listen to this! Bradford return with new single and album news 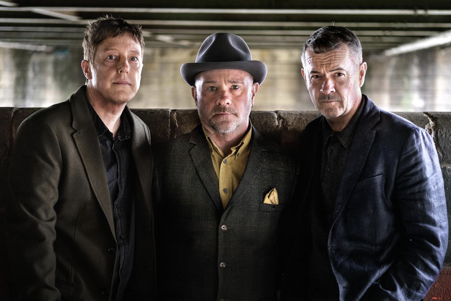 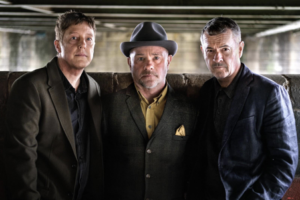 Thirty years ago, a young Northern skinhead band named Bradford from Blackburn were heralded by Morrissey as ‘the’ band to blaze a trail in English indie music following the demise of the Smiths.

Producer Stephen Street (Blur/New Order/ Kaiser Chiefs), who had just come off the back of an extremely successful collaboration with Morrissey on his early solo recordings, immediately signed the band to his brand new Foundation label. With the backing of such key players, the scene was set for Bradford and iconic titles of the day soon joined rank to praise Bradford’s: “intelligent and distinctive, finely crafted pop songs.” (Sounds, May 1988).

During three intense weeks of creative endeavour Stephen and the band recorded their debut album ‘Shouting Quietly‘ which was released in March 1990 to critical acclaim. International tours and shows with Joe Strummer, The Sugarcubes, and Morrissey soon came beckoning in that sacred time that envelops a band in dizzying ascension.

Alas, simple twists of fate combined to thwart the band’s widespread acclaim becoming commercial success, not least being the rise of the massive all-covering avalanche in music that became known as ‘Madchester’. Bradford’s brand of sharp English pop was no longer the order of the day… Finding themselves without a label in 1991, the band were truly ‘adrift again’ and went their separate ways.

Together again with a new look line-up on illuminating form, ‘Like Water’ only signals there’s much more to come. “This is by far and away the best thing we have made together” promises singer Ian H. “we would say that, but give it a listen please – we are so, so proud of ‘Bright Hours.”

‘Bright Hours’ the new album by Bradford will be released early-on in 2021.