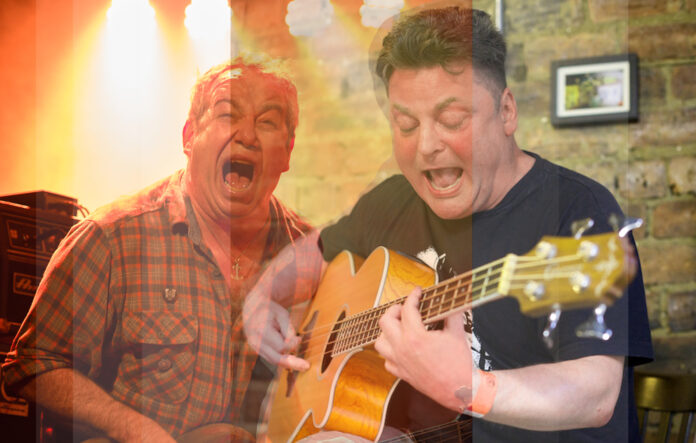 Howie Reeve and Mike Watt have announced the release of a self-titled collaborative 7″ which is due out on 11th September via The Audacious Art Experiment. You can stream the first track off it, Absent Friends, above, in which Brother Mike takes vocals and Brother Howie lead bass.

Both being masters of the bass it was kind of inevitable these two would meet up some day, and with Mike Watts’ reputation as a serial collaborator (a result of the fact that he’s easily the most humble, approachable and hard-working of artists around) it was equally kinda inevitable they’d end up “getting it on” together. And with Louder Than War are champions of both (see our in-depth interview with Brother Howie here, and our in depth interviews with Mike Watt here, here and here) we couldn’t be happier that they’ve chosen our humble organ to announce the release to the world!

Sheffield DIY collective The Audacious Art Experiment, who are dedicated to championing DIY, local community projects and independent music, will be releasing the special two-track 7″ on which each artist has taken the lead on one song, with the other fleshing out the idea with vocals.

Glaswegian acoustic avant-pop solo bass artist Howie Reeve may not have been around the block quite as many times as Mike but clearly they seem to be two very like-minded souls, and the track above could easily be mistaken as purely a work of either artist.

The tracks feature an idea and lead from each of them, complemented by the other person’s poetic vocal lines and they’re woven neatly together in a “portrait painted” style. The bass playing in Absent Friends sounds like classic Mike Watt, albeit led by Brother Howie on this track, in that it showcases taut, sinewy and extremely confident picking! Meanwhile the subdued, avuncular spoken word intonations over the bass playing are classic Watt, with the whole having a timeless avant-folk feel.

Being a collective that is run autonomously and aside from government funding, the release marks a milestone in The Audacious Art Experiment 11 year history, and it’s great that this release has come about as it gives us an opportunity to shine a light on one of the unsung heroes of the UK independent music scene.

You can pre-order the release from The Audacious Art Experiment’s Bandcamp. The single will be a limited run of 300 7″‘s so you’re advised to “get in quick” if you want one!

Below are upcoming live dates for Mike (with Cuz) and Howie. 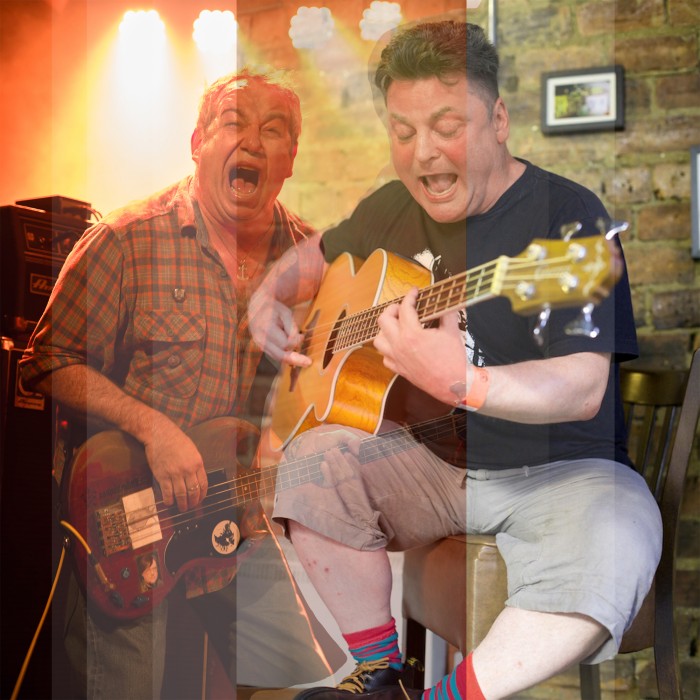 Both Howie and Mike Watt have some live dates coming up. Howie’s are:

Meanwhile Mike Watt is on tour across the UK and EU from September. The full tour can be found here, and the UK dates are below…