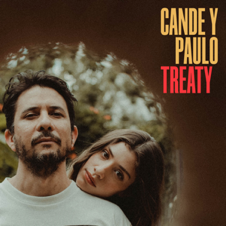 Their first single in the UK is a cover of Leonard Cohen’s Treaty paying homage to the legendary Canadian poet and singer on the anniversary of his passing.

“The experience of taking on a Leonard Cohen song with his friend and collaborator Larry Klein is too difficult to make sense of with words,” says Paulo. “It was humbling and went deep, but best let the music itself do the talking. We hope we have done justice and in turn can celebrate him, his music and his life.”

The duo’s viral hit song, Barro Tal Vez, was a reworking of of the poet Luis Alberto Spinetta’s piece. They subsequently signed with Decca Records.

Watch their performance of Barro Tal VEz below.