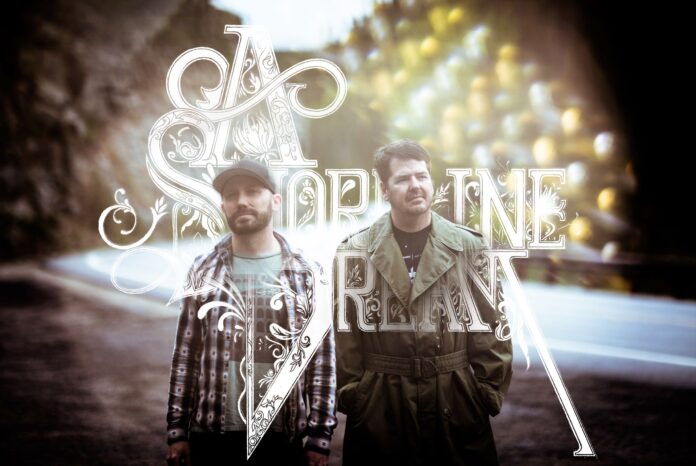 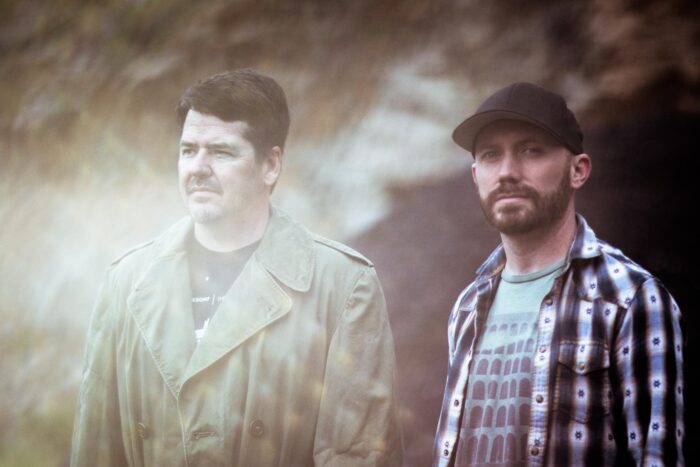 Today we present the newest album ‘Melting’ from American shoegaze and post-punk royalty – the duo known as A Shoreline Dream, who you’ve read about before via Louder Than War and is well known to fans of such bands as Ride, Slowdive, Ulrich Schnauss, God Is An Astronaut, Engineers and Drab Majesty.

The album is out today via the band’s own imprint Latenight Weeknight Records. Between their poignant vocals, embracing guitar lines and tasteful yet layered spatiality, this music deserves to be played loud. Clever and intriguing, their sonic stylings and distinct trademark musical underpinnings continue to see this band remain at the forefront of the postpunk and shoegaze genres.

Hailing from Denver, Colorado, this trio is comprised of Ryan Policky (vocals, guitar, keys, bass, production) and Erik Jeffries (guitar, backing vocals) with Chase Dobson also playing keys on this album. Hailing from the circus birthing ground known as Barnum, Colorado, their sound combines lush melodic textures, organic instrumentation, and vocals layered like a synth, similar in vein to bands such as Ride, Dead Can Dance and Spiritualized – all mixed with a cavernous production style all their own.

“Our vibe tends to move darker, but lately and surprisingly it has been uptempo, yet still dark. I have always loved that. A sound that is super energetic but downright dreary. I think that is where we are. We’re pumped to get depressed, but also in ideas that were nearly all conceived on their first play-throughs. Emotion translated into tempos. Take the primal element of rhythm and build layers on top of it. Ours just happened to turn out the way they are here, and we were super excited how it came to be. Probably one of my favorite releases we’ve put out there,” says Ryan Policky.

Written over the course of five months, the music on ‘Melting’ not only summons the feeling of being lost-at-sea in a world burning ashore, but also dives into the need for a complete and unwavering change. Their new output features guitar tones ranging from lush layers to driven, post-rock arrangements woven behind Ryan’s ethereal and inspired vocal stylings.

Over the past 14 years, ASD has churned out numerous acclaimed releases under their own imprint (Latenight Weeknight Records), working with legends such as Ulrich Schnauss, east coast independent label mastermind Mark Kramer and, most recently, Engineers. A Shoreline Dream has toured with Ulrich Schnauss and was special guest for Chapterhouse on their final appearance in San Francisco.

This is the band’s first long-play since ‘The Silent Sunrise’ (2014), followed by a string of singles originally intended to make up their next album. However, with the world in social and political upheaval in 2020, Ryan Policky gained creative strength and determination through events around him and abroad, developing music consistent with the times and possibly the most refined and heartfelt work the band has ever produced. Guitarist Erik Jeffries’ powerfully epic and post rock influenced guitar moments add to the emotion in output among the band’s best work to date.

“Working on “Melting” and collaborating during writing and composing process was extremely rewarding. So when we started to put ideas together it seemed like new ideas were jumping out at me. And working with Ryan was fantastic. There was an openness to explore and no ideas or conversations were off limits. It really helped push me to be thoughtful (and critical) about what I was contributing and kept me very committed throughout the entire process,” says Erik Jeffries.