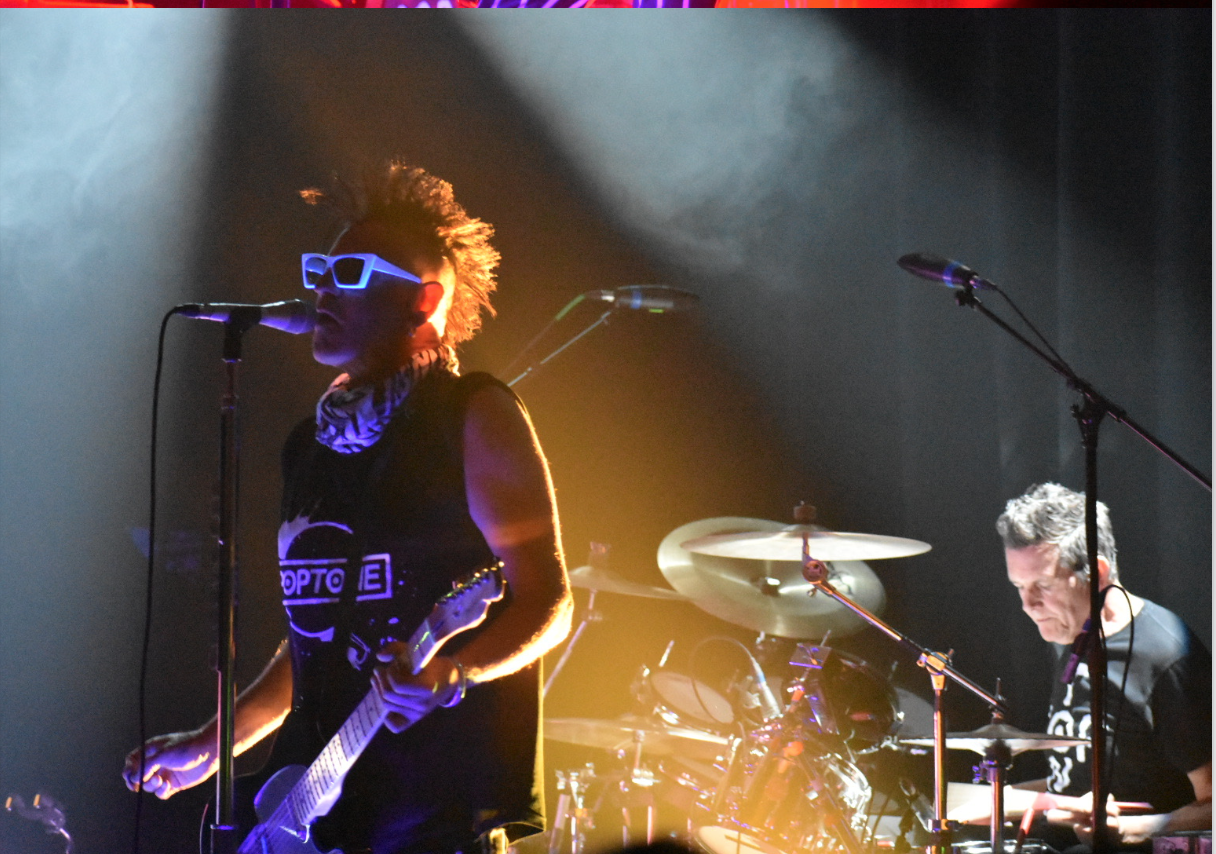 The long-awaited debut ‘Poptone’ album is finally here, teased by premieres of Go! and Movement Of Fear. The album is being released via Cleopatra Records as a double LP consisting of 13 songs from their set, originally recorded for a recent Part Time Punks session on KXLU. The collection of re-recorded versions of the songs adds a 21st century drama and edge but leaves the space and sense of surprise that were so key to the originals.

Listen to the album below for the reworking of Tones On Tail and an odd cover and Bauhaus number as well.

The new Poptone record is available digitally, on CD in a mini jacket, and on white vinyl in a striking 2 LP set and can already be pre-ordered via Cleopatra Records.

Through this project, Daniel Ash and Kevin Haskins – both founders of Bauhaus, Tones On Tail and Love and Rockets – continue to carry the torch of these critically acclaimed bands. As Poptone, they are now joined by Kevin’s daughter Diva Dompé on bass.

Poptone was propelled to life by an epiphany that woke Daniel Ash up in February 2017. In the early hours, loudly jolted awake by Motorhead’s Ace of Spades, Ash had a light bulb moment…”I need to play live again.”
Borrowing their name from 1979 seminal P.I.L track, Poptone is bringing back to life the ground-breaking music of Bauhaus, Love and Rockets and the otherworldly Tones On Tail, playing a diverse repertoire of their own highly original and hugely influential music.

Their set leans heavily on Tones On Tail, the songs of which have not been performed live for over 30 years! With Diva Dompé faithfully recreating original bassist Glenn Campling’s incredible bass lines, Poptone has essentially resurrected the Tones’ archives. Having played only 27 live dates during their existence, this band remains somewhat of an enigma. Poptone also performs a sprinkling of solo Daniel Ash, a healthy dose of classic Love and Rockets, and a dash of Bauhaus with live sets also featuring the odd inspirational cover to stir things up.

“It’s been quite a remarkable journey so far!” says Kevin Haskins. “We as a band have been overwhelmed by our loyal following turning up in big numbers and celebrating all the music we have made over the past forty years. We love our audience!”

“Performing all these marvelous songs from our back catalog has made me really appreciate what a great songwriter and guitarist Daniel is! Touring with my very talented daughter Diva, takes it to dizzying new heights. The addition of six more songs that we are playing on this new leg of the tour has for me, really cemented our legacy. I feel very grateful and blessed to be a part of this and very much look forward to the forthcoming shows.”

Poptone are fulfilling a lifelong dream for much of their audience, most of whom would not have seen Tones On Tail play live during their brief existence. Of course, Bauhaus was resurrected in 1998 (after a 15-year absence) and again during 2005-06 and, save for occasional appearances in 2007 & 2008, Love and Rockets bowed out in 1999. For all three groups, but especially with respect to Tones on Tail, this is your chance to seize the day – Go! 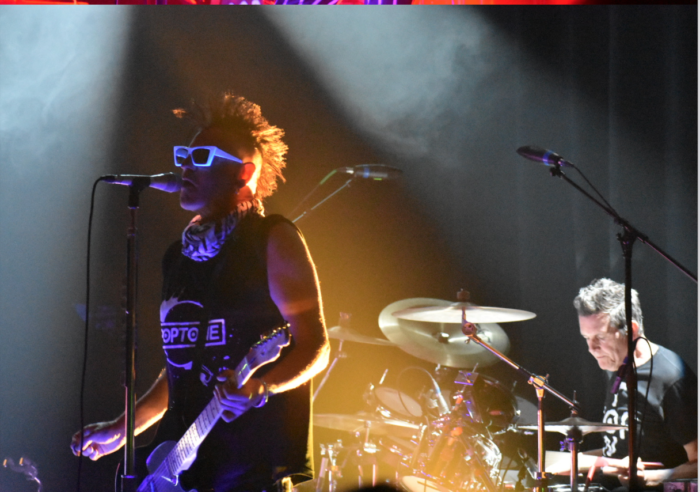 After Bauhaus imploded leaving a lasting legacy and four brilliant albums, guitarist Daniel Ash diverted with drummer Kevin Haskins and new bassist Glenn Campling for the below the radar art pop wonk of Tones On Tail who have long been a hidden gem favourite on my headphones for years.

Following a decade of not playing, it was exciting to hear that Ash had returned with Poptone playing these gems again – thirteen songs in total – in a new band, Poptone, with Haskins and his daughter, Diva, on bass. The band have been touring for a year now and we have been following their American road adventures on youtube and they sound great – vibrant, stripped down and inventive as ever because, oddly Tones On Tail sound even more contemporary now the they did at the time.