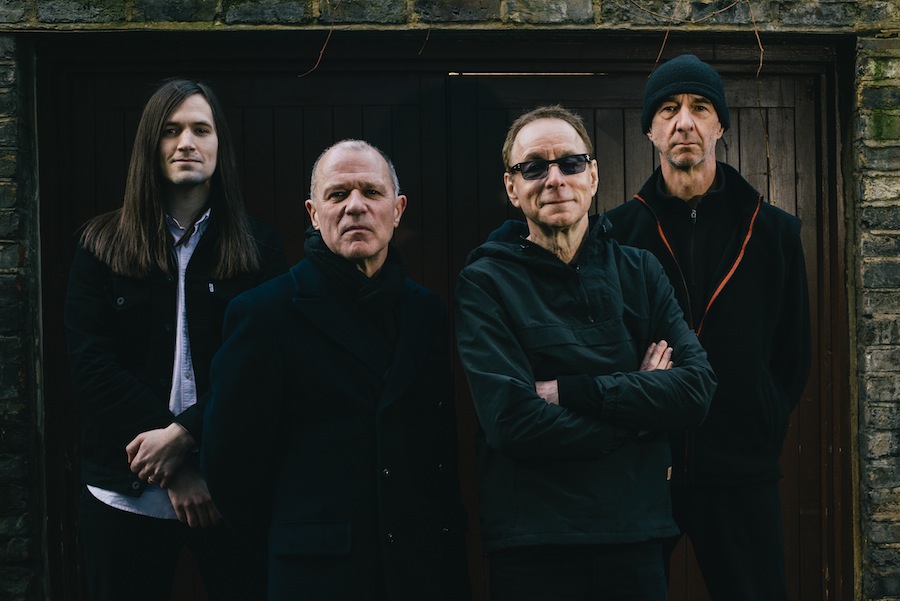 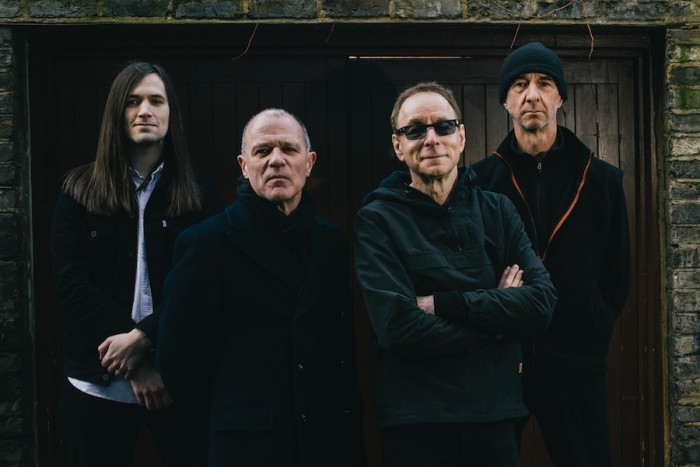 Wire don’t do anything in a normal way. Timeless classic songs that could have been released anytime int he last or the future 50 years is their forte. Shimmering and legend piece of other world genius. The new mini album is yet more brilliant creativity from the band – leftover songs from the current album that stand up as a perfect release not their own and hint at several new directions for the band all at once…

Following the release of their self-titled album last year, Wire return with news of a new mini-album ‘Nocturnal Koreans’, due April 29th via pinkflag. The band are sharing the first single & album titled track online now.

Lead single ‘Nocturnal Koreans’ is striking in its diversity, the band fluently negotiating an expansive stylistic range, from immensely catchy pop to ambient introspection and beyond.

Chronicling a sleepless night that Wire spent in a seedy Boston-area hotel on their 2013 US tour, the title track ‘Nocturnal Koreans’ is the kind of charging, urgent tune that’s always been Colin Newman’s forte.

Bassist Graham Lewis’s lyrics make this one of guitarist Matthew Simms’s favourites on the record, largely because of the associated memories. Speaking about the track, Simms said “It’s a great snapshot of touring America, and when I hear or play that song, it reminds me of the many weird and wonderful times, places and people that cross your path.”

Having completed a preliminary round of work on their eponymous 2015 album at Rockfield Studios, Wire found themselves with 19 tracks. Among them, there was a critical mass of 11 aesthetically unified songs, which made up the WIRE album. In typical Wire fashion, however, the remaining material was something other: it had the sound of a band already moving in a different direction, beyond the album project in which they were engaged at that time. These tracks were the basis for Nocturnal Koreans.

The difference between the two clusters of work birthed at Rockfield has its roots in discrete approaches to the studio process itself. “The WIRE album was quite respectful of the band,” explains Colin Newman, “and Nocturnal Koreans is less respectful of the band—or, more accurately, it’s the band being less respectful to itself—in that it’s more created in the studio, rather than recorded basically as the band played it, which was mostly the case with WIRE. A general rule for this record was: any trickery is fair game, if it makes it sound better.”Nocturnal Koreans emphasises studio construction over authentic performance, using the recording environment as an instrument, not just as a simple means of capturing Wire playing. After Rockfield, the band reconvened at Brighton Electric studios to contribute additional parts, and the work was then further honed and developed by Newman at Swim studio.

Although it’s become de rigueur to talk about Wire’s capacity for self-reinvention, that’s never the whole story. Certainly, the impulse to pursue fresh ideas with each phase of work is buried deep in their artistic DNA, but they’ve balanced that commitment to the new with a core character and attitude that’s always at some level recognisable as Wire—without being reducible to a formulaic sound. It’s this enduring dialectic that gives Wiretheir unique status as a long-established band that continues to forge ahead with original music: always unmistakably Wire but always reimagined and reframed with each successive project.

The tracks “Internal Exile” and “Numbered” encapsulate this dynamic. The latter kicks off in vintage Wire mode with rigid, staccato insistence, but quickly moves through the gears to motor forward on a neo-kosmische glide driven by guitar arpeggios and Harmonia-esque synth. There’s a key, of sorts, in the lyrics: Newman playfully gestures to past glories (“You think I’m a number / Still willing to rhumba”) but refuses to rest on them for an instant (“As if I care”).

The synthetic, waltzing gait of “Internal Exile” channels the spirit of underappreciated ’80s Wire (think: “The Queen of Ur and the King of Um”), but relocates it in a broader organic landscape, intriguingly fleshed out with Matthew Simms’s lap-steel guitar and, for the first time in Wire’s history, trumpet. Here, the band looks backwards and forwards simultaneously, all the while managing to avoid joining “the queue of future has-beens”mentioned in Graham Lewis’s lyric.

Wire aren’t exactly famous for thumping-great major-chord anthems, but “Still” is just that. “Graham hated it,”says Newman, “because it’s all major chords. I’d in fact used them quite deliberately. I was thinking about ‘Map Ref.’—which is all major chords—and how most of my songs have minor chords in them, or even weirdo chords, jazz chords. So this was like making a song with an almost bog-standard riff: there’s a billion records with that chord sequence.” The wide-screen scope of “Still,” which sounds massive despite its sub-three minute duration, comes down to Newman’s production choices, starting with Robert Grey’s drums: “We had Rob re-record his parts on everything through a mini-disc to create another layer of drums and ambience squashed with compression, so it sounds more lively and distorted and a bit more modern. You could accuse us of being fashion-conscious, but your records have to live in the world with lots of other releases, and you can’t sound a bit old-fashioned. So, on ‘Still’ we made the drums heavier and then the guitars heavier, with some synth underneath doing the same chords, so you end up with this big, rolling sound.”

At the other end of the spectrum is the beatless “Forward Position,” an austere psychodrama of drones, lap steel and spectral ambience. Despite its quiet fragility, it bristles with icy tension, amplified by reportage-style lyrics that seem to fuse personal trauma and the landscape of war, with Newman intoning the unsettling threat-cum-statement, “I am black box, I remember / Every promise that you broke.” Compared with the other tracks, this is the album’s equivalent of a prog-rock epic, clocking in at just under five minutes: “There’s a ridiculously compressed timescale on these tracks,” laughs Newman. “Look at the length of them: the longest one’s only 3:30, and most of them are short enough to be pop singles, except ‘Forward Position’—it’s too long, and it’s not cheerful enough for radio.”

No Wire album would be truly complete without a Graham Lewis lead vocal, and the closing “Fishes Bones”doesn’t disappoint. Just when you think Lewis isn’t going to show up—after seven tracks on which Newman sings lead—it’s as if the studio door has been kicked open and there he is, a deranged thespian delivering a disciplined-yet-unhinged stream-of-consciousness slam to a driving, increasingly chaotic accompaniment. Simms found this track liberating, as it opened up creative space for the band members to express themselves: “Recording ‘Fishes Bones’ in Rockfield was exciting to me as it’s the only song for those sessions that was able to be approached differently, in that it was written as a band and Graham added the vocals later the same evening. I think it contains aspects of the interesting identity of each musician in Wire and presents them together in an unusual way, the result of which I like a lot.”

It’s been almost a decade since Wire reemerged from their post-Send hiatus, during which—not for the first time in its history—the band appeared to have run its course; in the intervening years, over four albums, they’ve enjoyed a late-career creative-growth spurt, settling into an inspired, industrious new lineup. Nocturnal Koreansis another unambiguous statement of how far Wire have come since 2007, a timely measure of a band in rude health, still brimming with ideas, imagination and energy.
By Wilson Neate (author of Pink Flag and Read & Burn: A Book about Wire)