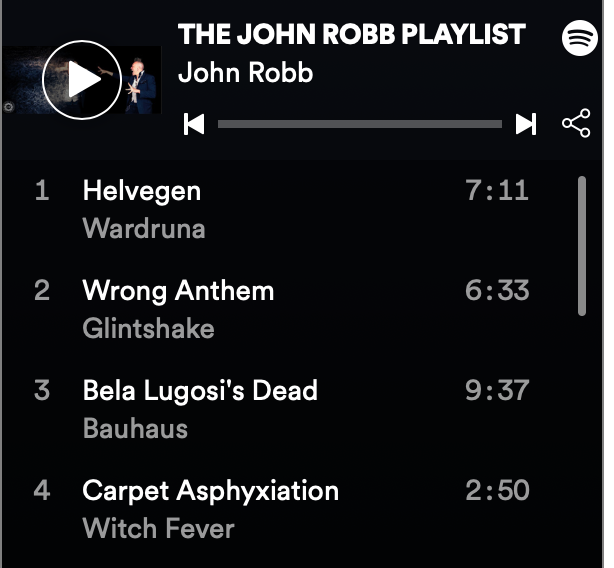 The John Robb playlist is a weekly collection of songs and bands that have entred my world. Inevitably there will be new bands – lots of them but also old stuff from bands I’ve seen live, interviewed or just got obsessed as I fell down another musical rabbit hole!

2. Shortparis  – greatt new Russian band, we need to get them here to play

3. Ginltshake – more Russian brilliance – one of the best band scenes in the world

6. Membranes – it’s my list so my band gets in somewhere!

8. The Stranglers – interviewed JJ Burnel this about their March 2019 tour and upcoming new album.

10. Evil Blizzard – their new album is one of this year’s highlights

11. The Lovely Eggs – proof that DIY and great songs works

14. Fontaines DC – 3 years ago we nearly released their debut single – now they are the hottest young band in the UK

15. Siouxsie and The Banshees – 40 years since this stark and game changing work was released

16. Therapy? – yet another fine album from the band with intensely loyal fans

17. Super Besse – Byelorussian brilliance – they love Joy Division in all the best ways

19. The Good The Bad and The Queen – Damon Albarn and Simmo from the Clash deal dark folk post-Brexit commentary

20. Killing Joke – they just finished a tour that has everyone buzzing…