Home News LISTEN! The brilliant new single from Brian Setzer who does his Stray... 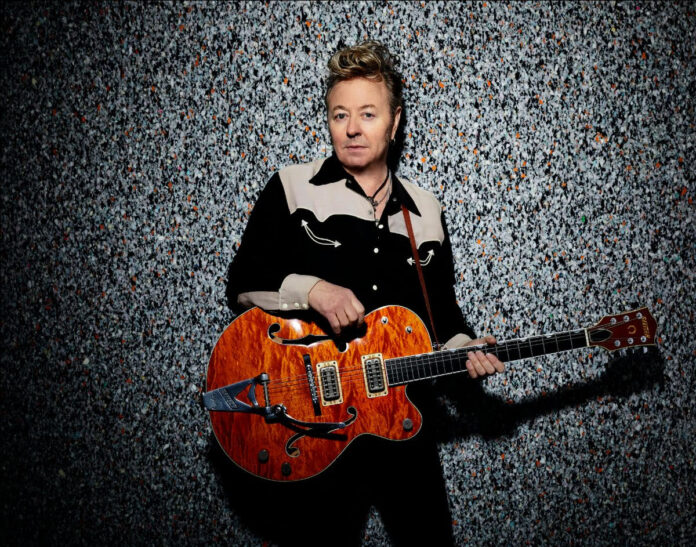 We are loving this new single from former Stray Cats singer Brian Setzer. The iconic rockabilly rebel who motored up the UK charts in the early eighties with a brilliant series of single and albums that updated the classic fifties sounds with a dose of punk rock and the dayglo swagger of bands like the Adam And The Ants has released a slice of classic start cat strut that has the voluminous quiff swagger of the Stray Cats and the sultry guitar twang of the great goddess Poison Ivy and the Cramps.

Three time Grammy Award winner Brian Setzer will be releasing Gotta Have The Rumble, his first solo album in 7 years on August 27th via Surfdog Records. The iconic songwriter has scored chart-topping hits, sold 13 million records and received the Orville H. Gibson Lifetime Achievement Award throughout his decorated career as founder/leader of the Stray Cats, his 19-piece Brian Setzer Orchestra, and as a solo artist.
Along with the announcement of the album, Setzer will also be releasing wonderfully animated video for the album opener Checkered Flag. Setzer explains “Obviously, it’s a reference to my motorcycles and hot rods, something that hasn’t changed since I was 15 years old, I still have the same passion for going fast and adrenaline. But it’s also about my hearing problem with tinnitus–the ringing of the ear. It was pretty bad, and I realized that I couldn’t play the way I wanted to. As I recovered, standing in front of a small amplifier just didn’t cut it. The sound from my big amp makes the guitar rumble. Which is a big part of my sound. I was really despondent for a while because I thought I wouldn’t be able to do that again. So, ‘Gotta Have The Rumble’ refers to both of those things.”