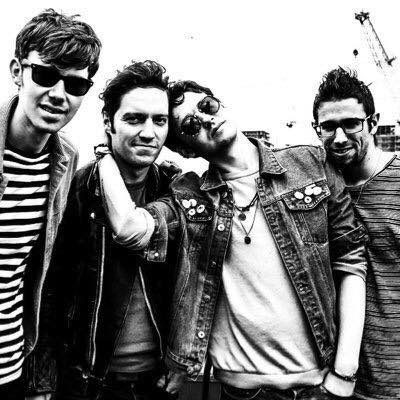 Sisteray came together out of their shared love for bands such as The Smiths, Velvet Underground, The Clash and The Replacements. This is proven in the upbeat melodies and lyrical observations of 21st century Britain, combined with high-octane live performances that have been key to making their live shows unmissable. They have recently built up their live audience through a series of guerrilla gigs, using everything within their means to persuade promoters to let them have a first on slots at shows big and small, witnessed by Subculture describing: “The night began with Sisteray playing yet another spontaneous Camden show, their effortless guitar riffs and high energy proves that the boys are a force to be reckoned with”.

This was followed by an insistence that they were allowed to curate their own headline show, where they chose the bands and DJs, it was a sell-out success and was followed but memorable shows across the UK, including at Isle of Wight and Leeds Festivals.
Their latest EP, 15 Minutes taking as its inspiration the Andy Warhol quote “in the future, everyone will be famous for fifteen minutes” contains the track White Knuckle Joyride which has been championed by the likes of Steve Lamacq and contains a specially requested remix by electro discopunk duo Feral Five who were also responsible for remixing Can We Talk About This by Deux Furieuses (see here).

And, here is the original version for your aural delectation:

The Feral Five Soundcloud site is here: soundcloud.com/feralfive. They can be followed on Twitter as @feralfive and liked on Facebook.