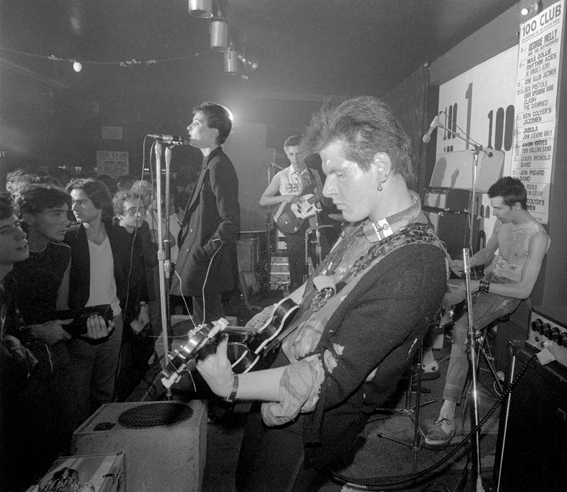 The 100 Club punk festival in September 1976 was famously the first vent when punk went overground. headlined by the Sex Pistols on one night and Buzzcocks on the second night it was an attempt to create a scene around the Sex Pistols.

Cobbling together whatever bands there were around the scene to create a semblance of a movement there was space on the bill for an ad hoc line up fronted by scene faces Siouxsie Sioux and Steve Severin on a borrowed bass with Marco on guitar and Sid vicious on drums for a twenty minute jam of the Lords Prayer.

On paper it should be rubbish – a ten minute rehearsal the night before in the Clash’s rehearsal room for a debut gig where the statement of playing was more important than the music but it turns out that the band sound great – Siouxsie’s iconic voice is already strong – marco delivers the feedback guitar and the rhythm section is hypnotic – you would expect Sid to be rubbish on the drums but his tight clipped death disco beat is like listening to Metal Box Public Image (only one person danced at the 100 club that night – a certain Mr. John Lydon) two years too early making this gig proto post punk!