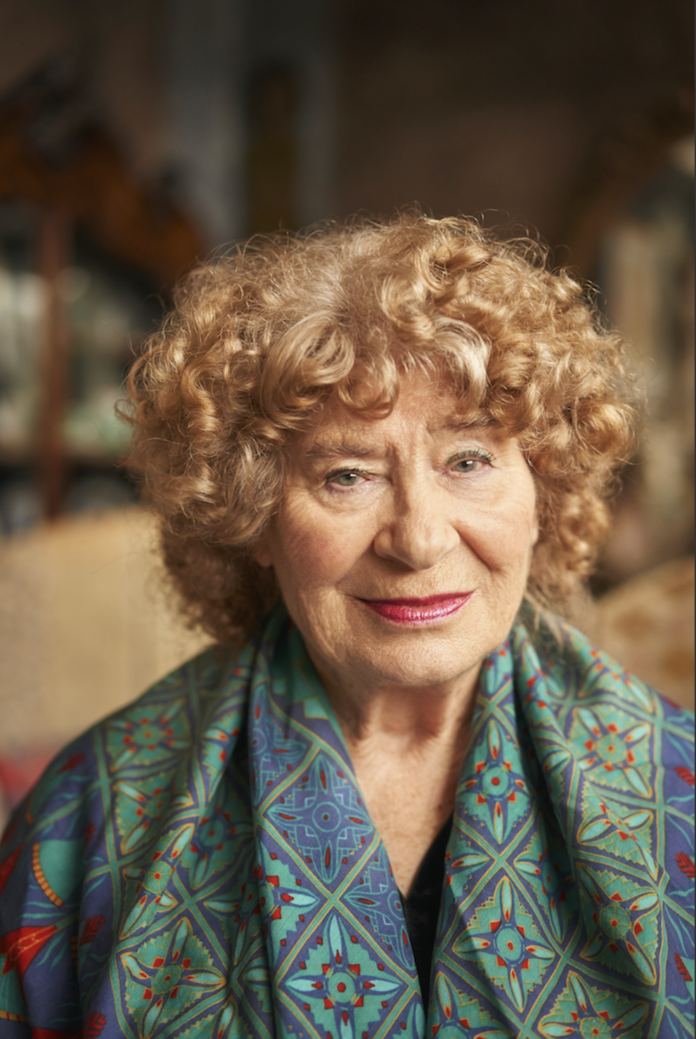 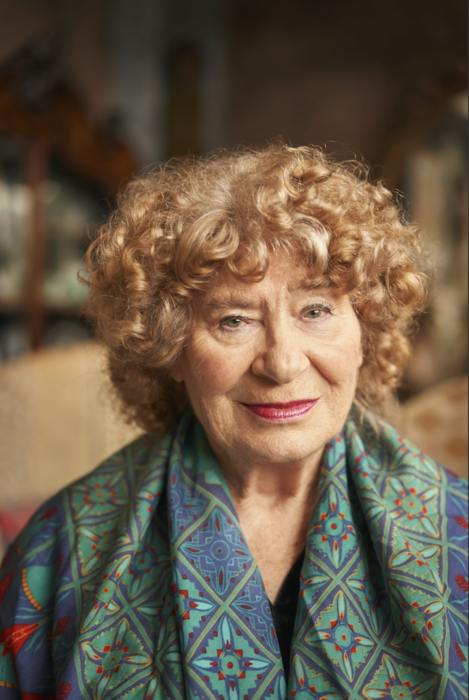 Shirley Collins will release her second album for Domino on July 24th. Entitled Heart’s Ease, it is an enthralling new LP from a woman who is widely acknowledged as England’s greatest female folk singer. Today, Collins is pleased to share the second song from the record, “Sweet Greens and Blues”.

Watch the visualiser for “Sweet Greens and Blues” here.

One of the album’s non-traditional tracks, the lyrics for “Sweet Greens and Blues” were written by Shirley’s first husband Austin John Marshall, a graphic artist and poet who produced several of her albums and had the inspired idea of getting Shirley to work with blues/jazz/world music guitarist Davy Graham on the extraordinary album Folk Roots, New Routes in 1964. The song found its way onto Heart’s Ease after Collins “came across a tape among the hundreds I have got – and there was me singing it in the Sixties, with Davy Graham playing guitar”. This charmingly quirky song about Collins and Marshall’s life at the time had never been recorded before and Shirley wanted to record it for her children. The album version of “Sweet Greens and Blues” features Nathan Salsburg (curator of the Alan Lomax Archive at the Association for Cultural Equity in the US) on guitar.

Additionally, with the Dom-Mart exclusive vinyl edition of Heart’s Ease, a 7” is included featuring the original “Sweet Greens and Blues” recording of Shirley Collins and Davy Graham. Pre-order it here.

Collins has previously shared  “Wondrous Love” from the forthcoming album – one of the traditional songs from England and the USA present on Heart’s Ease. Recorded at Metway in Brighton with The Lodestar Band, the album is a glorious reminder that Shirley Collins is still in a class of her own, both as a folk singer with a distinctive no-nonsense style that is all her own, and as an innovator. And she certainly doesn’t intend Heart’s Ease to be her last album.  “I have such a huge memory of songs, so many of which I still want to sing. And I wasted all those years not singing, so now I’ve got to catch up a bit!”

Shirley Collins, artist and writer Brian Catling and sound artist Matthew Shaw have collaborated on a show to be performed at Charleston Trust in East Sussex next year. CROWLINK is an immersive sound installation in the Walled Garden at Charleston, with traditional song and original poetry interwoven with field recordings. The evening will culminate in the Hay Barn with performance from Catling and an intimate concert from Shirley Collins and The Lodestar Band. These shows replace the dates originally confirmed for 2020.

February 25, 2021 0
Recorded in a brief moment of openness in the middle of a pandemic, "Speed The Day" is the latest release from the legendary Manchester band Blue Orchids
Read more