Home Music Bands Listen to This: Sheffield’s Bayonet Exhibit Their Frenetic Side In New Single... 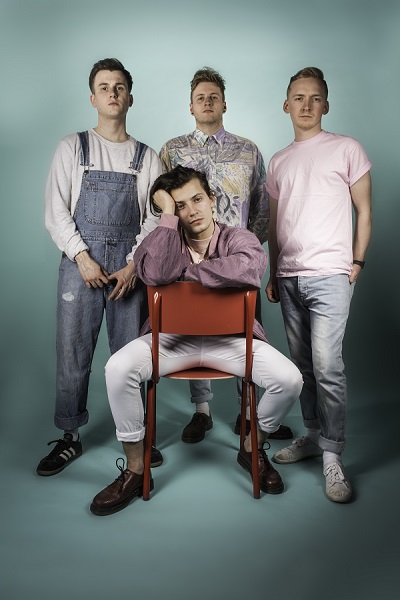 Sheffield-based four-piece Bayonet show off their frenetic side in new single Everything.

Sheffield-based indierockers Bayonet sound like a younger offspring of The 1975 but then, they might be cousins to The Kooks. Having met in high school the quartet rapidly developed a huge following in the Steel City thanks to their colourful and quirky brand of indie pop; busking wherever there’s a crowd to play to, as well as supporting the likes of The Ordinary Boys, Lisbon and most recently The Hunna in sold out home-town show at The Leadmill.

Though a solid live show is essential for an emerging band, it would be nothing without tracks to back it up. Latest single ‘Everything’ builds on the melodic and wistful foundations laid by previous single ‘Three Months’ while this time exhibiting the punchier and more frenetic side to the band that’s evident in their stage presence.

Sticking true to their Sheffield foundations, Bayonet have chosen to build their release by working with local creatives. ‘Everything’ was recorded at 2Fly Studios in Sheffield with Alan Smyth, photography was done with Shaun Baldwin at Hillsborough College and the music video with ‘Show Me Studios’. Manchester based record label Scruff of the Neck have been keen to encourage the Sheffield affiliation with ties themselves with the city.

There is a clear focus on becoming something special in their hometown which should be apparent at their single launch party on Saturday 21st May at Plug, Sheffield.