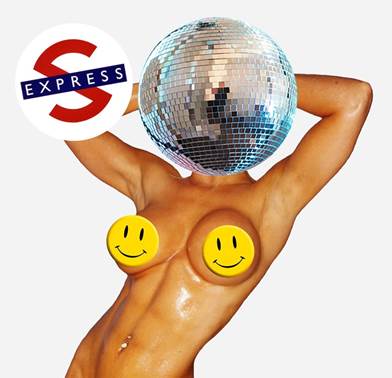 One of the UK’s most influential DJ/Producer Mark Moore gets celebrated with a compilation that collects many of his most celebrated cuts now remixed by peers and fans alike. You can listen to S’Express: Enjoy This Trip below.

Mark Moore is a vital component in the story of UK club culture, Moore’s story goes through the twisted pulse of post-punk, the blossoming of New Romanticism then on to Acid House and beyond. Moore’s DJ’n has seen him spin at legendary venues such as Mud Club, Heaven and the celebrated Shoom nights as guest of Danny Rampling.

Deciding to create his own music, Moore teamed up with Pascal Gabriel to form S’Express. They then hit the top of the charts with their ‘The Theme From S-Express’ which was one of those vital songs that helped drag the UK dance culture screaming into the minds and souls of young people across Britain.

The rest as they say is history.

‘Enjoy This Trip’ sees fifteen tracks get the remix treatment by such artists as Chris and Cosey (whose take on Lollipop is an album highlight), Tom Furse from  The Horrors, Horse Meat Disco and Ray Mang.

Listen to S’Express: Enjoy This Trip in full

“Mark from S’Express used to come round to my house in the early PiL days. They made very good dance records. I was quite pleased and surprised that they said I influenced them. There is no similarity in sound and approach at all, but that’s where they are getting it right. They didn’t copy.” John Lydon, taken from John Robb’s Punk Rock An Oral History

“Moore was one of the first DJs to play house music in the UK. He was also the band leader of S-Express, an all-round fabuloso and a modern dandy of the highest order. We salute him, verily.” DJ History

‘S’Express: Enjoy This Trip’ is available to buy here