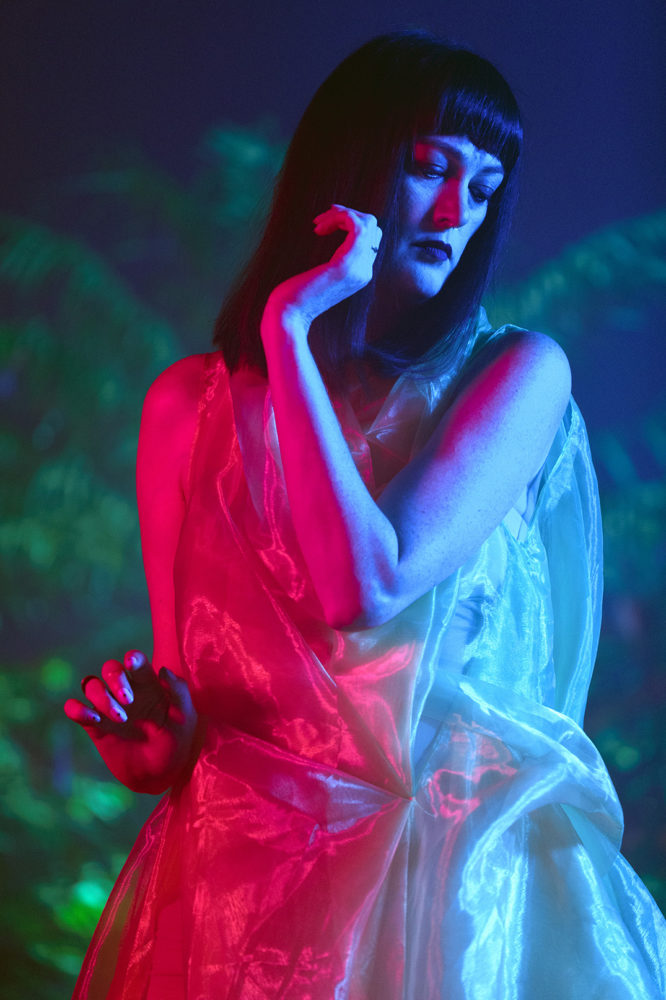 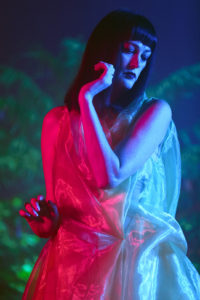 There is something incredible about that borderline no-man’s land between ambient music and that which feels mystical – this is a special place occupied by the minds and souls of the creators of such music. One artist, who has emerged as of late, who dwells in this realm is Searmanas. Her vocals are haunting, her music penetrates the mind and the body all at once – together, they are in perfect sync. This is, in short, beautifully memorable.

Conceived in 2016, Searmanas is the solo project of, her moniker derived from Gaelic and meaning ‘ceremony’ or ‘ceremonia’. Originally hailing from the Shanandoah Valley in rural Virginia, Aquena has based her musical practice in New York City for almost two decades. A classically trained pianist and vocalist, her musical evolution has led her to experiment with electronic hardware.

Searmanas’ sound explores the role of ceremony within urban experience, resulting in severe, textured landscapes with touches of sparse vocals. Her wordless poetry ranges from industrial glitches to layered, oceanic progressions, all tied together by an aura of questioning and chaos. Her music is inspired by early Aphex Twin, Ryuichi Sakamoto, early Tori Amos, Jóhann Jóhannsson, Grouper, FKA Twigs and Fever Ray.

Searmanas has performed with the likes of John Bender, Hieroglyphic Being, Miho Hatori, and Mahogany. She is a member of Brooklyn-based media collective CHASM and regularly performs live in NYC and beyond.

This album was produced by Niabi Aquena, mastered by Rafael Anton Irisarri at Black Knoll Studio in NYC and mixed by Joshua Valleau at The Glass Wall in NYC.

Searmanas has provided us a track by track explanation of the tracks featured on her debut LP:

“Opening with Phonetics – I looked up the radiotelephone spelling alphabet for the sparse lyrics of the song, using code words to spell out the ultimate meaning… to spell out “help”. The song is a minimal yet complex drone imploring the listener to understand, to hear. I visualize it like a satellite moving overhead from one point in the sky to the next, seemingly unmoving yet gaining distance.

Liberosis is a word that is defined as the desire to care less. A time you might use it: When a persistently stressful situation has been gripping and worrying you for a long time, and you want only to be able to let go yet find yourself unable.

Nodul Tollens is the the realization that the plot of your life doesn’t make sense to you anymore-that although you thought you were following the arc of the story, you keep finding yourself immersed in passages you don’t understand.

Crystalized is the resolve to begin healing

Page 1 This was a song written in one session, it just flowed. It represents the beginning of a new story, one that is less sad, although remnants of sorrow are still there, it’s a beginning away from sorrow. A new story is forming

SEA is where we have landed. It is the culmination of everything. It was written, in fact, from a poem that I wrote a love many years ago which was adapted to become the lyrics to this song.”

Searmanas album can be found in online stores and streaming platforms including Spotify, and is also available via Bandcamp. She is currently touring with Textbeak, another Cleopatra Records artist.