Home Blogs Listen to this! Premiere of new IN-IS single 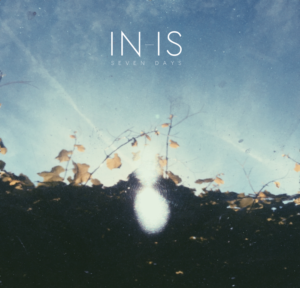 With electronically treated piano pulses and simple piano motif, ‘Lake’ lulls you with a feeling of stillness and introspection, as gradual strings slowly engulf the track creating a sense of both euphoria and melancholy. “When I compose I am drawn to creating simple repeating motifs that slowly pull the listener into my compositions” says Sheridan. “This is why Lake is a good introduction to the album and my music as a whole.” And don’t miss the accompanying video – an equally beautiful visual created by film maker Alex Kozobolis, who plays on track’s themes of water, reflections and stillness.

After years of composing for film and TV, Sheridan is exploring a different side to his artistry with his new music, drawn out of a need to create a body of work which represents something more personal, something which is solely his own. The result is ‘Seven Days’ – a blissful eight track collection which draws on Sheridan’s wide range of musical experiences, from orchestral and electronic to folk-influenced world music. Its music layered with the string swells of Vaughan Williams, splashes of colour taken from Debussy’s manuscripts, Stravinsky’s bold ambition and the purity of Mozart. All balanced with Sheridan’s love of the artificial waves and pulses of electronic music. “I want my music to have a duality so it can mean different things to different people,” says Sheridan. “I don’t want to impose too strong a single feeling. I am more interested in colours, textures and layers in music over melodies than more traditional aspects of composing.”

Sheridan grew up admiring the experimentation of Brian Eno and Kraftwerk. But his most memorable formative moment was opening the gate-fold of Mike Oldfield’s Tubular Bells LP and his realisation that this one man had played all the instruments in his own studio. What followed was years of studying and then working in the industry as a producer, remixer, orchestrator and arranger composing for some of the UK’s best-loved dramas and documentary series including Silent Witness, DCI Banks, and Spooks, for which he received a BAFTA nomination.