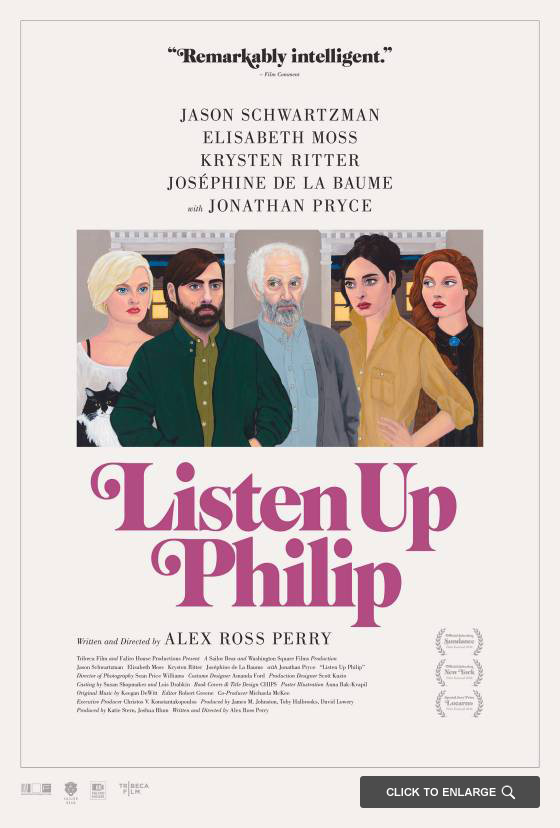 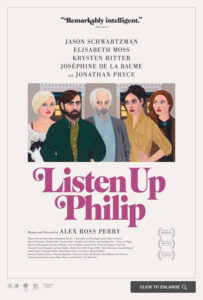 I wouldn’t say I took an instant dislike to Philip Lewis Friedman but it was only a couple of minutes into the film that I realised that he was the kind of repulsive human being that I would bodyswerve at every available opportunity in the real world.

We first meet him en route to meet up with an ex for lunch which she is late for, something he takes as a massive personal insult. When she does arrive he throws a tantrum like a spoiled brat and lectures her about the way she treated him in the past, although he does find the time to fit in some bragging about his forthcoming novel ‘Obidant’, which he decides not to gift her an advance copy of even though he’s already inscribed the dedication page for her. For good measure he storms out, rips out the inscribed page and tosses it onto the pavement.

Next up is humiliating an old college pal because he has failed to become a published success story like him. What a loser, eh? And then after learning that the New York Times is going to run an unfavourable review of ‘Obidant’, he tells his publisher that he won’t be promoting the book.

Just when you thought you couldn’t find the guy any more annoying he voluntarily wears a horrible tweed jacket during the height of summer.

What fun Philip ever enjoys comes mainly once he befriends celebrated veteran novelist Ike Zimmerman (Jonathan Pryce), something of a literary hero to him and a man who is every bit as self-absorbed and misanthropic as he is; the two bond over these shared traits and glasses of twenty five year old Laphroaig.

When Ike invites the younger writer to spend time at his isolated and idyllic summer home in upstate New York, Philip happily agrees. The older man even helps sort out a job for Philip in academia and when Ashley dares to complain that the post is located hundreds of miles away and that he intends to move out of their shared flat, he explains, ‘I hope this will be good for us but especially for me.’ 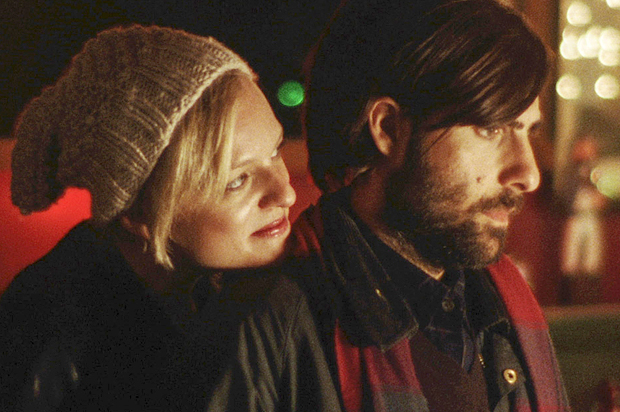 Around this point, Perry boldly moves the movie in a curious direction, switching to the perspective of Ashley, albeit the twenty minutes or so when she is in the spotlight sheds new light on Philip and gives us the chance to see via some well placed flashbacks what attracted her to him in the first place, as well as showing her getting her life back, adopting a cat she calls Gadzookie, erasing all signs of Philip and even hooking up with an ex of her own.

Perry coaxes wonderful performances from his cast, Jason Schwartzman does his usual Jason Schwartzman turn which is just about perfect for Philip, while Pryce is in the best form I’ve seen him in for years but Elisabeth Moss, who always impressed me as Peggy Olsen in Mad Men, is better than either and she has a very big future ahead of her.

It’s easy to spot influences in Listen Up Philip: Wes Anderson, a director who helped launch Schwartzman’s career in Rushmore; Noam Baumbach, a fairly frequent Anderson collaborator and Woody Allen too, with Listen Up Philip employing the same kind of very prosey narration (by an unseen Eric Bogosian) as Allen used on Vicky Cristina Barcelona and Anderson on The Royal Tenenbaums.

By the end of the film I still found Philip obnoxious but in the unlikely event of Perry ever deciding to film a sequel to this I would definitely want to see it. If you feel the need for a likeable protagonist though, avoid this film.