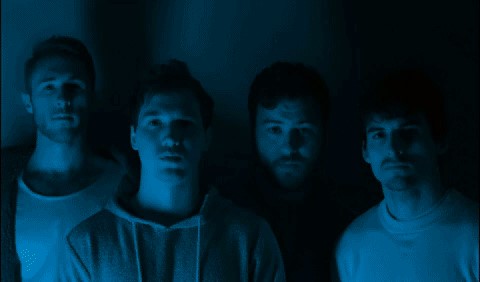 A product of the ever-growing Columbus, Ohio music scene, the psychedelic pop infused 4-piece Captain Kidd, return with their newest track ‘Bleed’. Propelled by the success of their first single Freaky Love, Captain Kidd’s evolution has taken them from the dive clubs of northeast and central Ohio, to supporting the likes of Glass Animals, Capital Cities, Wiz Khalifa, and Griz at some of the country’s premier music festivals.

Characterised by spacey synths blended with sultry vocals, Captain Kidd has captured the attention of listeners from New York to New Zealand, while cultivating a sound that has been described as “fresh”, “danceable” and “celestial”. Capturing much of these recognisable characteristics in their next release, ‘Bleed’ is essential indie-pop, fronting slick afrobeat rhythms surrounded in a lush, sensual atmosphere that is sure to bring people onto the dance-floor in seconds.

Captain Kidd explain more about the background of the single: “Bleed” was the product of a weekend-long cabin getaway to middle of nowhere southern Ohio. We initially went to the cabin to work on a couple of existing ideas we had been struggling with, but ended up writing several new ideas via some impromptu jam sessions – one of which turned into this track. We wanted “Bleed” to feel nostalgic, like a fond look back on some forgotten, perfect summer day that really never existed except in our memory of it.”

You can stream the track in full below: