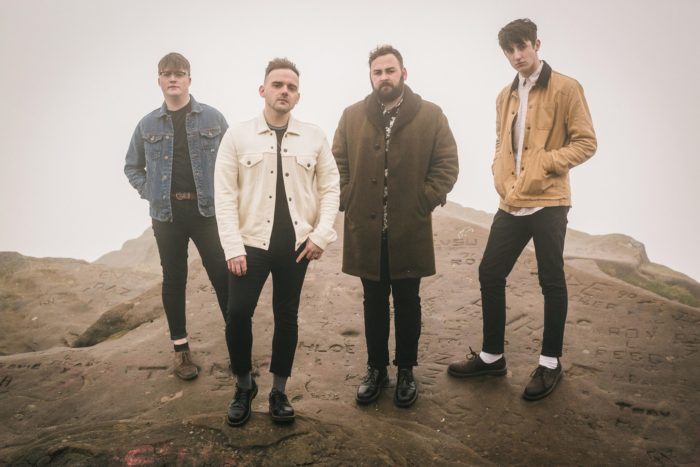 A testament to the burgeoning popularity of Black Cats & Magpies, 2019 has seen them band take to stages across their native Midlands and North West, supporting DECO at their sold out show at Nottingham’s Rescue Rooms, while a heaving headline set on the Rock City stage at this year’s D2D Nottingham cemented them as hometown heroes in the making.

Now, coming a couple of months after ‘Better Days’, the Nottingham four-piece are back with new single ‘Everybody’s Talking’. Built around ideas of past relationships, romantic or otherwise, and whether these relationships were really the best thing for you.

Like previous singles before it, ‘Everybody’s Talking’ is three minutes of uplifting, effervescent indie pop that belies the sincerity of its lyricism through soaring guitars and understated vocal harmonies. Fitting in effortlessly within the Black Cats canon, the band’s trademark energy and optimism are present in spades, proving that ‘Everybody’s Talking’ is yet another step forward for a band on the cusp of breaking through. You can stream in full below: