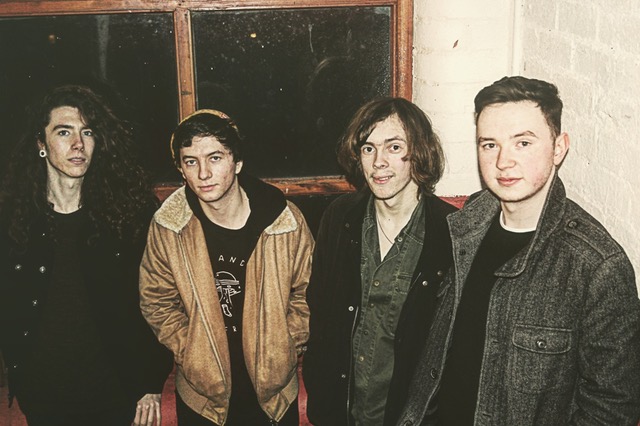 While Northern Ireland might not be the first place you think of when discussing fire-in-the-belly punk rock, that’s exactly where Saint Sapphire hail from. It shouldn’t come as too much of a surprise however, the country’s turbulent history provides a fertile milieu for dissent and disenfranchisement, two of punk’s main ingredients.

Eschewing the leather, bristles, studs and acne of less refined punk bands. Saint Sapphire harbour an almost poppy sensibility behind their bite; more Joe Strummer than Johnny Rotten. There’s elements of bands such as The Who, or The Libertines at play too, giving the band not only an array of decade-spanning influences, but a timeless ramshackle appeal that will turn the heads of anyone from old school mods, grizzled punks and modern day indie kids.

From its opening gang chant vocals, Saint Sapphire’s latest single Hurricane is a tour de force of clattering drums, chunky guitars and rousing vocals that one can’t help but feel inspired and uplifted by. And though the track might well bring to mind Green Day, its closer to Dookie than to American Idiot, and harbours an irresistible energy that’s already taking the band places. A massive single.