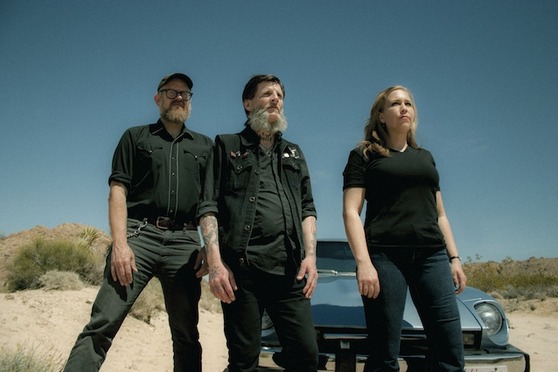 A new album from Earth is always a thing to celebrate. The band are genuinely considered legends around these parts and for two good reasons: their music and their live shows. Their latest opus is due out on 1st Sept on the mighty Southern Lord and if the taster track from it, From The Zodiacal Light, that’s just dropped is anything to go by it’s going to be a stone cold classic. Check it out below.

From the accompanying notes:

“Open-minded music fans the world over have long praised Earth’s pioneering and visionary delivery of their slow-motion anthems from the Sub Pop albums of the early 1990s, to their more Americana-inclined direction of the early 2000s and beyond. Their willingness to experiment with different sounds and different musicians has always enabled Earth to remain consistently interesting and undoubtedly always unique. Now, nearly two-and-a-half decades into their musical evolution, the band prepares to release Primitive And Deadly, a truly epic, very diverse collection of songs which flow seamlessly, and while revisiting some of their earliest works, the album also explores massive new sonic territories for Earth.”

Eartha also have a handful of live dates lined up, including some in the UK, which you can find below From The Zodiacal Light:

July 22, 2012
We use cookies to ensure that we give you the best experience on our website. If you continue to use this site we will assume that you are happy with it.Ok