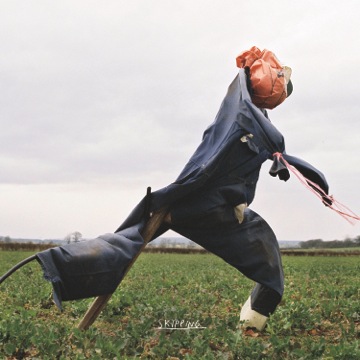 LTW faves, Eagles have announced details of the release of new track from forthcoming album.

Eagulls have announced details of the release of a new single, Skipping, from their forthcoming 2nd album, Ullages.

Skipping, recorded at Nave Studios in their hometown of Leeds with producer Matt Peel and mixed by Craig Silvey, is released on the same day as the album, Friday May 13th 2016, on Partisan Records.

The band have previously made available album track Lemontrees to fans earlier this year, and more recently My Life In Rewind as a single.

Releasing their much-acclaimed self-titled debut-album in 2014, the following 12 months saw the fiercely independent Leeds-based band go from strength to strength.

Highlights of the year included taking both Later… With Jools Holland and The Late Show With David Letterman in the U.S. by storm, sharing the stage with the likes of Arcade Fire and Pharrell while scooping a major prize at the NME Awards and playing across the globe at some of the world’s most renowned festivals including Coachella, Latitude, Field Day and Reading / Leeds.

Retreating to their rehearsal space to begin work on their second album, Ullages (an anagram of the band’s name) gradually took shape over long days and nights in the converted Catholic Church in Leeds. Intent on breaking new ground, drawing out the textured melodies that lay discreetly amongst the speed, intensity and heady fuzz of their debut and creating an altogether different record, Ullages is a near perfect distillation of their agenda; a record that recalls the shimmering opulence of the Cocteau Twins and the melancholic majesty of Disintegration / Pornography-era The Cure.

Finally, having recently completed a short tour of intimate venues across the UK, which included a sold-out show at Oslo in London, the band have announced another short run of dates across Europe to coincide with the release of the album.