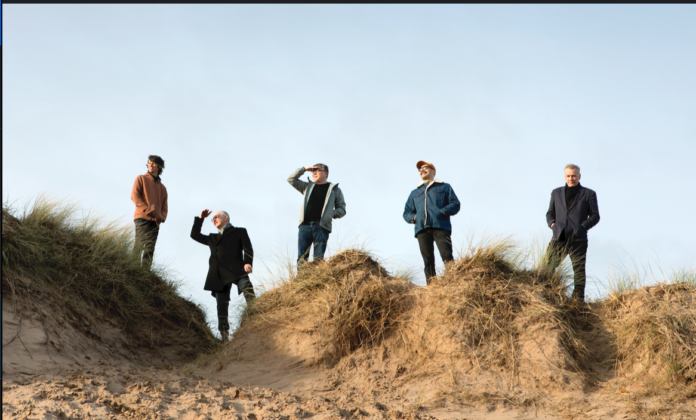 Teenage Fanclub’s Endless Arcade, already a hotly-anticipated release this year arrives on its new release date of 30th April 2021. Today, alongside rescheduled tour dates, the band shares the next single from the album, the Norman Blake-penned “I’m More Inclined”.

The band’s Raymond McGinley says: “When we first starting talking about getting songs together for a new album, Norman said, ‘I have one ready to go now!’—and that was ‘I’m More Inclined.’ He played it to us, we loved it, and that got us started on the whole thing that became Endless Arcade.”

Endless Arcade is the long-awaited follow-up to the band’s album “Here” released in 2016 to universal acclaim and notably their first UK Top 10 album since 1997, a mark of how much they’re treasured. The new record is quintessential TFC: melodies are equal parts heart-warming and heart-aching, guitars chime and distort, keyboard lines mesh and spiral, harmony-coated choruses burst out like sun on a stormy day. “I’m More Inclined” follows Endless Arcade’s previous single ‘Home’.

Teenage Fanclub have also announced news of their rescheduled European tour which includes UK and Ireland shows in September 2021 and April 2022. Dates below: