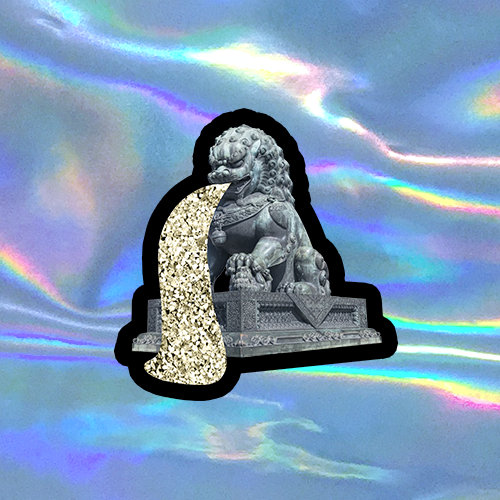 Louder than War are delighted to say that Vilnius’s shishi are back with some new sounds. We first saw this sparky trio in a packed and increasingly delirious Gromka club at MENT festival in early 2019, where they played a killer set full of sharp angles, tough love and snappy percussion.

The band (known henceforth as Mario Rosa, Victoria and Benadetta, apparently) are releasing an LP later in the year, but before they do we get a run of seven singles, a bit of TLC whilst we’re all cooped up at home, virus-dodging. The first one, ‘Mafitishei’ (also the title of the new LP), is out today, 17 March 2020, Common Era. And it’s apparently about being overwhelmed by people, when “nothing makes sense, everything starts sounding like – flachudi kliush mafitishei. You’re lost and confused, and tired, and on the top of that lazy to deal with any of this.” Yeah, we hear you…

The new track sounds like the shishi we’ve come to know and love; current, intelligent, sharp and chock-full of nous. We hear echoes of that fizzy, knockabout “art-music” made by Lizzy Mercier Descloux too, all fuzzed and frizzed up for C21. They’re a pop riot.

Here are the single dates, check in to their YouTube page on the following dates.