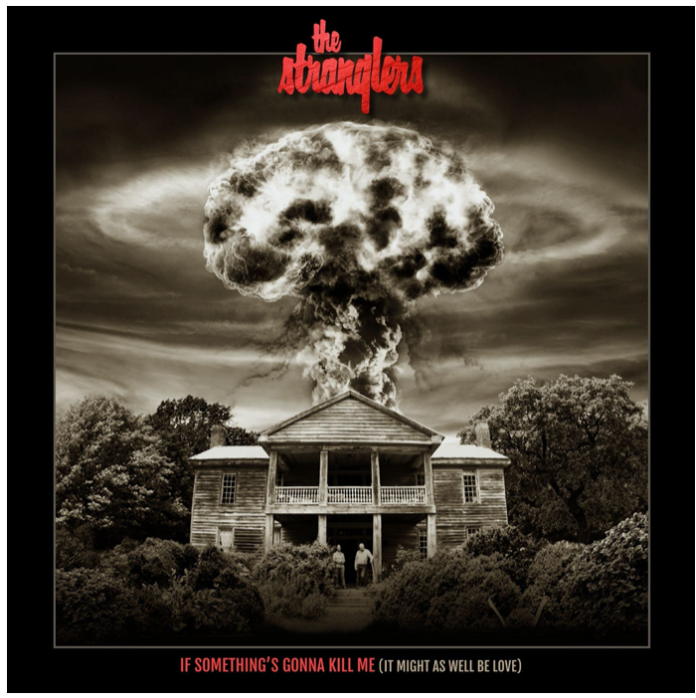 The Stranglers are releasing a new song and video for ‘If Something’s Gonna Kill Me (It Might As Well Be Love)’. It’s a new track from their upcoming album Dark Matters which combines the lush melody of Burt Bacharach (like Walk On By) with the pulsating electronics of Kraftwerk with the classic Stranglers trademark and sounds great and should be a dead cert for radio.

It’s from the upcoming Dark Matters album which is out on 10th September 2021 on the band’s own Coursegood imprint, via Absolute. All pre-orders for the album, on any format, through the official store will receive a special bonus CD titled ‘Dave Greenfield – A Tribute’, featuring 8 unreleased live recordings selected by the surviving members with a view to celebrating Dave’s unique talent. Pre-order Dark Matters via https://stranglers.tmstor.es/

In addition to the digital single release, those who have pre-ordered the album from The Stranglers official store will receive an ‘instat grat’ download of the single from today (6th Aug): https://stranglers.tmstor.es/

The song was written by JJ Burnel after the tragic passing of keyboard player Dave Greenfield last year, ‘If Something’s Gonna Kill Me (It Might As Well Be Love)’ was then arranged by Baz Warne, becoming an electro-pop track inspired by the music of the 80s, with nods to artists such as Kraftwerk, whilst remaining unmistakably the sound of The Stranglers.

“‘If Something’s Gonna Kill Me’ was actually one of the few songs written for this album after we lost our dear friend and colleague Dave.” says JJ Burnel, “So I started writing about that. He was one of life’s innocents, and I thought it would be good to mark that point in the lyrics – ‘innocence has left this house’.

“A song can be interpreted in so many different ways.” he adds. “Daniel’s interpretation is nothing like I envisaged. So in my book that’s great.”