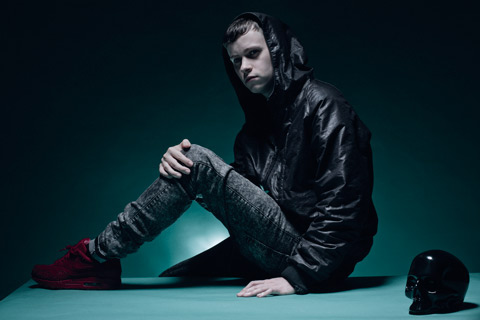 Check out the new single, Attak, by Rustie off of his eagerly awaited new album, Green Language, due out 25th August. Attak also features one of our favourite underground hip hop artists, Danny Brown, and is a genius mix of Rustie’s trademark ear for beat, melody and punch with a frenzied vocal from the Detroit rapper.

This is the second track off Green Language. The album was written and recorded at 4am to the sound of birdsong in a remote location in Rustie’s native Scotland. It’s influenced by nature, birds and sunrise.

“…expansive and expressive compositions inspired by post-rock bands, such as ‘Godspeed You! Black Emperor’ and ‘My Bloody Valentine’, trance and the Glasgow electronic scene he helped to mould.”

Rustie also has a series of live dates lined up which can be found below the stream of Attak:

Rustie’s Warp Records page is here: warp.net/records/rustie. He also has a Facebook page and tweets as @RUSTIE.