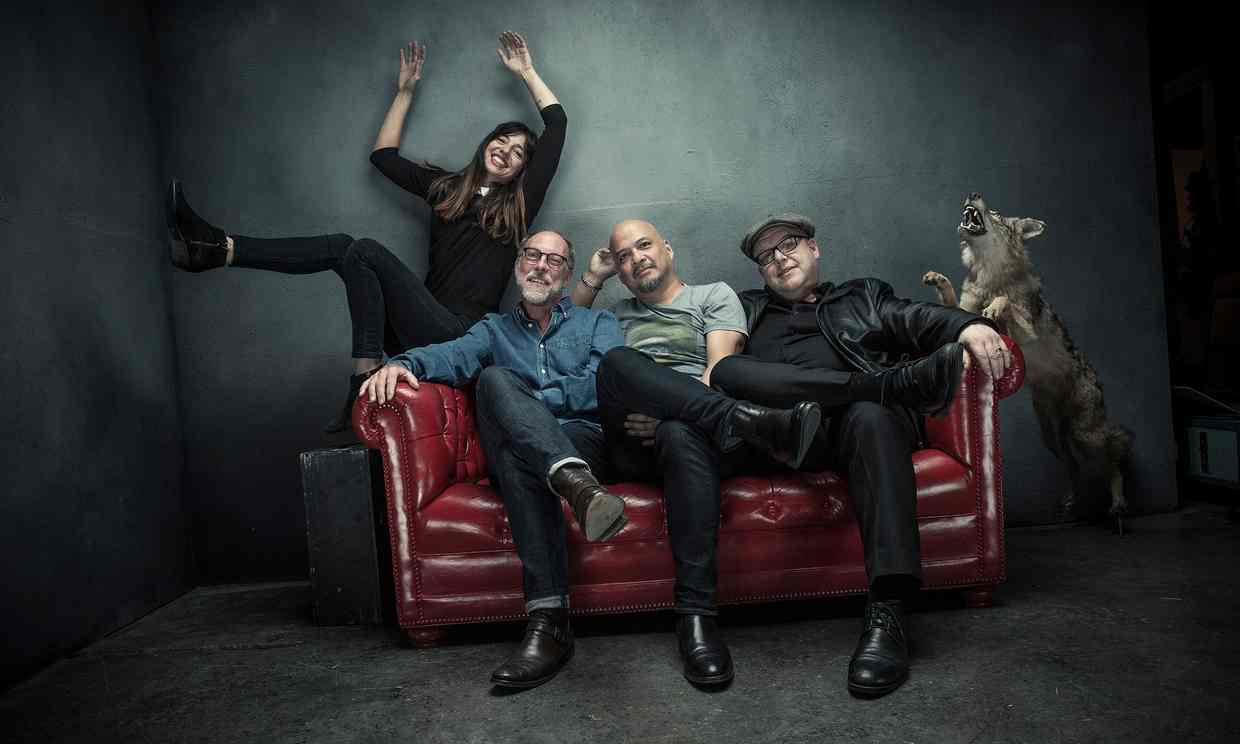 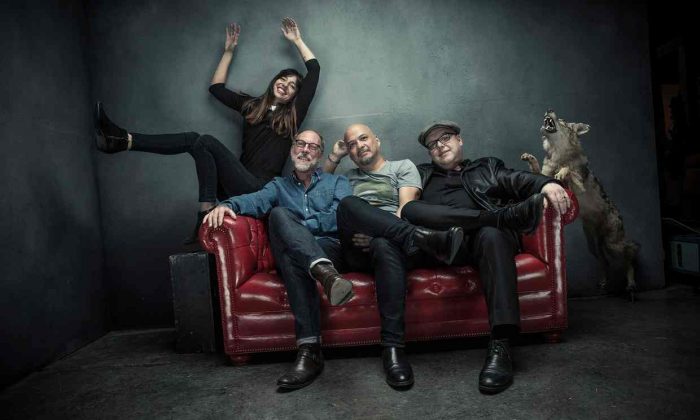 Pixies have announced the second album of their post-reunion phase.

The iconic and highly influential band return with Head Carrier which will be released on 30 September, via Pixiesmusic/Play It Again Sam.

The first single from the album, Um Chagga Lagga, is streaming now.

Pixies announce that their sophomore “post-reunion” album, Head Carrier, will be released on September 30 (Pixiesmusic/Play It Again Sam) The 12-track collection of the band’s unique aural mix of surrealism, psychedelia, dissonance and surf rock was produced by Tom Dalgety (Killing Joke, Royal Blood) and recorded at London’s Rak Studios from mid-February through to mid-March this year. Fans can get a taste of the new music by going to pixiesmusic.com and checking out the first single, “Um Chagga Lagga.” Featuring original artwork by the band’s longtime art director, the legendary Vaughan Oliver, the album will be available in various formats and can be pre-ordered now; go to Pixiesmusic.com for details and purchasing.

A special limited edition deluxe box set of Head Carrier will be available exclusively through Pixiesmusic.com, and will include the CD, the album on heavy-weight/180 gram black vinyl, and a 24-page, oversized booklet with the song’s lyrics and Oliver’s evocative, original artwork. Also available only through the band’s website is a special bundle that includes the deluxe box set, special t-shirt, and a special screen printed 12 “x 12” record sleeve-sized poster of Oliver’s album artwork.

To support Head Carrier, Pixies will launch the first leg of their 2016 – 2017 global tour with a European run that begins November 15 in Vienna. Tickets go on sale Friday, July 8. Confirmed dates are below; go to pixiesmusic.com for ticketing info.

For the first time since their very early days, the Pixies spent a total of six weeks in pre-production, writing, arranging and rehearsing a plethora of songs. Between the band’s late-80s/early 90s touring schedule and delivering an album once a year, there simply wasn’t time for more than a day or so of fleshing out their music before recording started.

“This was a wonderful luxury, for us to have the time to be able to really work these new songs out,” said Pixies drummer David Lovering. “By the time we started recording, we all knew the songs backwards and forwards, so it took half as long for us to make this album as it did to make ‘Indie Cindy.’ And it was great working with Tom…he started with us in pre-production and played a big part in keeping us focused on making the best music we could.”

In addition, the band – Lovering, rhythm guitarist/vocalist Black Francis and guitarist Joey Santiago – officially welcome bassist Paz Lenchantin to the Pixies’ permanent line-up. Lenchantin has been the band’s touring bassist since January 2014, and played an integral part in the recording of Head Carrier. Her cool and dreamy soprano can be heard singing lead on the track “All I Think About Now.”

“I was very nervous in the beginning when I went to that first rehearsal,” said Lenchantin.

“There were these shoes I felt I had to fill and I tried to do the best I could for the fans, to make the live performances sound true to the originals. I spent three years learning to understand what being a Pixie meant, and now, my heart, spirit, and love for their music is embedded in me and I feel like I have become a Pixie. We had been more about the history of the Pixies, but now, we are about going forward.”

“Paz is a joy to be around,” added Lovering. “She’s very funny, and we’re having more fun than we’ve ever had as a band, we all have a blast together, on and off stage.”

All songs were written by the Pixies apart from “All I Think About Now”, which was written by Francis and Lenchantin. The track listing for Head Carrier is as follows:

All I Think About Now

Confirmed European dates for Pixies are: