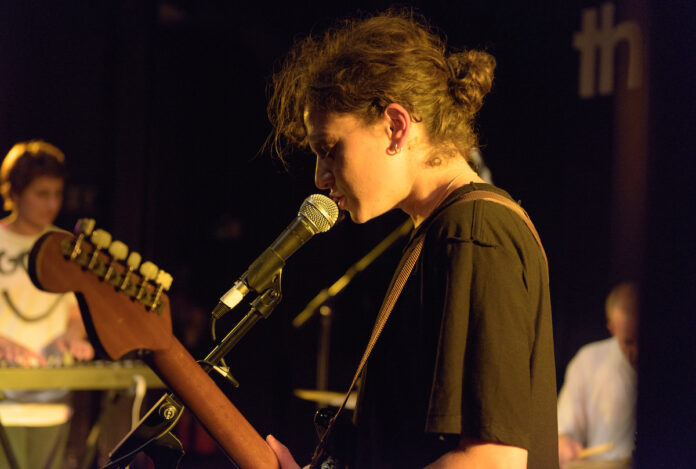 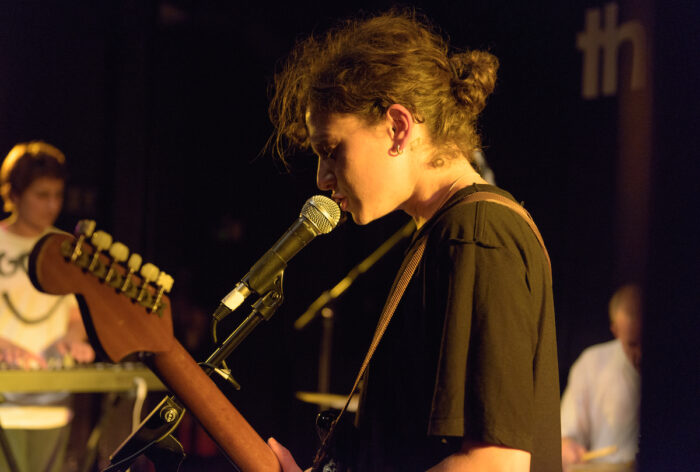 Hot on the heels of news that there’s a new Micachu & The Shapes album in the offing, and our review of the band at The Cluny last week which we concluded with the words “There is clearly a lot of love in the room tonight, and rightly so, as Micachu And The Shapes surpass all expectations and leave everyone in complete awe of their collaborative brilliance”, comes this hot new track from the three-piece which serves to whet the appetite for the album equally as much as the teaser track that dropped last week!

Titled Good Sad Happy Bad, the album, released via Rough Trade on 11th September, will be the band’s third studio album and we’re going to say this now: put a tenner on it to win this year’s Mercury music and you probably won’t be disappointed come judgement day. Last week they accompanied first news of the album with a teaser track “Oh Baby”, today the trio have shared the album’s opening song and first single “Sad” – scroll down to find it.

Some of us got a sneak preview of the work involved with the new album at an event run by the peerless Bristol / London promoters Qu Junktions back in May when the trio undertook a three-day residency as part of the playthecube series at The Cube volunteer run cinema, performance and art space. Run over three nights the event’s were titled (in reverse order) …

We were told at the time that GOOD SAD HAPPY BAD was an alias for the band – it now seems to have morphed into the title of the new album.

The album comes three years after the release of their last record ‘Never’. We learn from the press release that the making of ‘Good Bad Happy Sad’ was almost an accident:

…the three friends decided to rehearse in an East London studio, and found themselves immersed into an hours-long jam. Drummer Marc Pell had an Edirol field recorder in hand, and unbeknownst to his bandmates, recorded the whole session; Pell, Mica Levi, and Raisa Khan were so enamored of those off-the-cuff studio experiments that they became the underpinnings of a new record.

“For me it’s the most free we have been,” Levi explains. Rather than showing up to the studio with songs written out, the trio started with a collaborative improvisation, from which Levi chose sections to develop into songs, writing lyrics to the entire record “non-stop, in one avalanche.”

The band have three dates left on their current tour:

We finish with another quote from our recent live review,

“The newer tracks certainly see these guys delving more into the experimental side of their sound, but they’re all the better for it from high pitched excited squeals to dark squelching riffs.”

Micachu & The Shapes can be found online here micachu.biz. They’re also on Facebook.