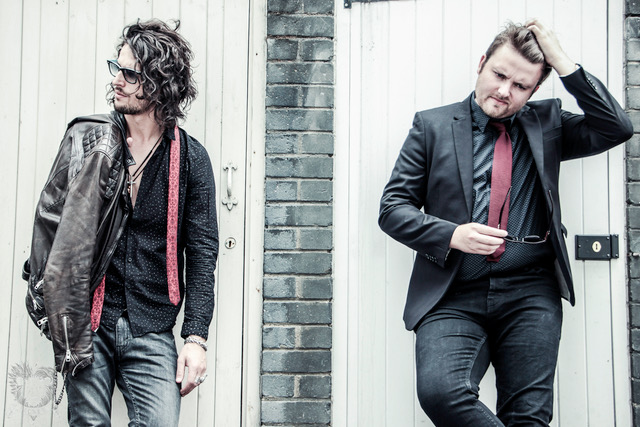 Since forming in 2015 following a chance meeting at an audition for another band, London-based two-piece LEONTAS have been dragging the spirit of ’70s blues-rock kicking and screaming in to the 21st century. Already armed with an uncompromising debut EP and a smattering of singles that solidified the band’s reputation, it seems that there’s little to stop the duo’s ascent to the top.

As if to prove that fact, latest single Rhythm & Blues, encapsulates the band’s timely and timeless sound, and where lesser bands might well suffer from the lack of a bassist, Rhythm & Blues, and indeed LEONTAS themselves, are bold, brash and beefy enough to compensate for the lack of a bottom end. And while there are occasional moments of spindly riffing that provide brief moments of almost-respite, Rhythm & Blues is a frenetic and fittingly-titled track that exemplifies LEONTAS perfectly. You can stream in full below: