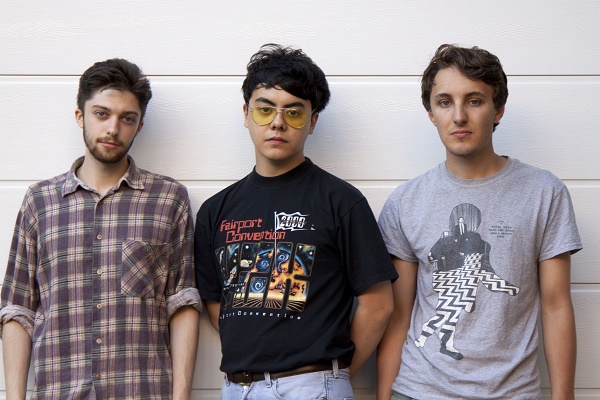 Despite having only released their debut single over the Summer, London-based three-piece Honey Lung have quickly made a name for themselves thanks to their effortless ability to bring ’90s aesthetics wholly in to the present. Fusing together slacker-rock sentiment with irrefutable pop melodies, the trio have already won over the likes of BBC Introducing, Line of Best Fit and Radio X, earning themselves crucial early airplay for their single End of Time.

Four and a half minutes of clattering garage pop, draped lazily with a slacker drawl, End of Time sets the precedent for new cut Real Reason, whose poppy, stoned meanderings are offset easily by acerbic guitar licks and a vocal delivery not dissimilar to Kurt Vile.

Louder Than War are proud to bring you an exclusive stream of Real Reason ahead of the EP’s release tomorrow: