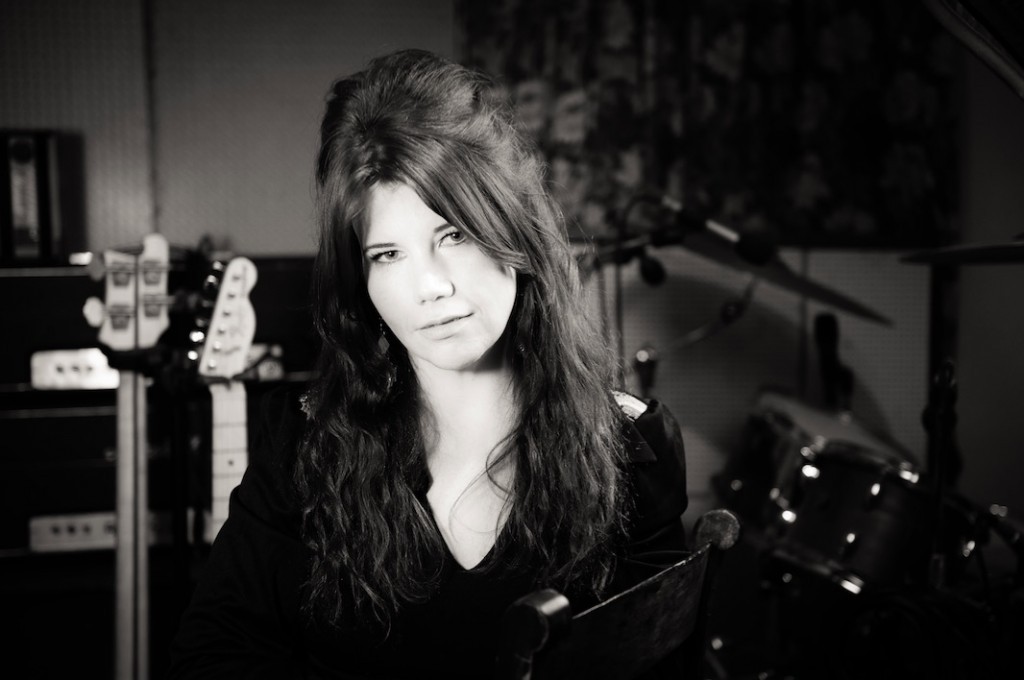 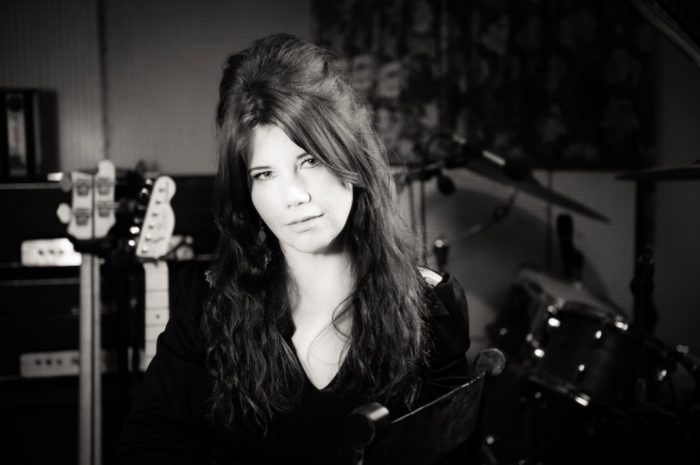 Over the past month, London-based Irish-born songstress Linda Em has been teasing her new ‘London Irish’ EP, to be released in late September via Talking Elephant Records. Ahead of that, we have the pleasure of premiering ‘Two Hands’, the second single from this EP, following up ‘Wild Fire’, the seductive debut offering.

Originally hailing from Waterford, Ireland, Linda’s family immigrated to London’s East End in the 1980s. A natural singer, songwriter and storyteller, her lyrical narrative is comparable to that of authors, poets and playwrights with a strong visual essence, stimulating the listener’s own imagination. Her music explores a wide array of themes from forgotten fateful stories and uncelebrated heroines of the past to her own personal and family experiences.

‘Two Hands’ is about seeking a safe, quiet space in which to gather strength when the trials of your everyday life feel overwhelming. With firepower similar to Stevie Nicks, seductiveness of Mazzy Star and timbre similar to Lana Del Ray, this song is impressive and confessional. Linda Em has a striking vocal approach, her delivery highly convincing and loaded with soulful dramaticism.

“There was a particular point in my life where I felt very alone just been kicked out of college and my mum and brother were both in hospital. I was the main caregiver. I went into the church at the end of the road and sat asking for something (I didn’t know what). You light a candle and expect god to be at the end of the bed that very night,” says Linda Em.

“I used to search for churches in-between the madness” is me reflecting on those moments. When we cannot fix something, we always try to go to a higher place for help and as a young person whose family was not “normal”, I looked for that more often”

“As we grow and work on self, we realise that the higher powers we are seeking are not some greater godlike figure but something within ourselves, even if it’s just simple acceptance. That’s why the end of the song refers to that “bitter sweet surrender” of letting go and letting go of ego “humiliate me slowly” of being willingly open to vulnerability and letting go of pride. And also of being reborn spiritually “open me unholy again and again“, each able to become our own superhero,” says Linda Em.

‘London Irish’ is the first step in a different direction towards a more atmospheric and spacious sound and vocal performance. Lyrically it is both poetic and storytelling while still being brutally honest and personal. Apart from the aforementioned artists, Nick Cave, Marianne Faithfull and Kirsty MacColl also come to mind in terms of artistic kinship.

This EP is the first step in a different direction for Linda Em, towards a more atmospheric and spacious sound and vocal performance. It is both poetic and storytelling while still being brutally honest and personal. Her pure and raw vocals beautifully convey a nostalgic lyrical narrative, her warm endearing vocals drawing the listener into her musical story telling.

Linda first started singing blues and rock ’n’ roll in pubs and clubs in her early twenties before meeting Chris Wyatt, with whom she wrote and recorded her first album ‘Shadow Lands’ in 2015. Her sound has grown to adopt strong elements of Americana and folk noir with an ominous and atmospheric Celtic undercurrent to it and splashes of gospel and soul.

Drawing ethereal energy from her inspirations, including Leonard Cohen, Edith Piaf, Nina Simone, Portishead, Hank Williams, Ennio Morricone and the poetry of Ted Hughes, Linda Em produces music in an extraordinary mix of influences and genres, blending modern folk, a bit of rock, Celtic melody and American blues. Her music is timeless, filtering new compositions through the prism of her musical heritage to produce an overall modern day eclectic feel.

The ‘London Irish’ EP will be available through the regular online stores and streaming platforms as of September 21 and also on CD from Talking Elephant Records.

Linda Em will be playing an EP launch show in London on September 26 at Water Rats (19:30 – 22:30, 328 Grays Inn Road, Kings Cross) with special guest Julie Felix and support from Crayon Angels and JMK James. Tickets can be obtained here.