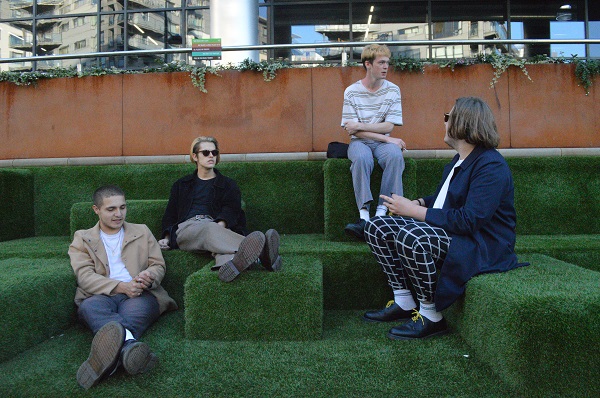 Forming in 2015, post-punk four-piece Treeboy & Arc draw direct comparisons to such Leeds luminaries Eagulls, as well as the likes of DIIV and Viet Cong. The result is weighty and chaotic compositions.  And while the band are no strangers to the heavier end of the spectrum, their intricate guitar riffs, in turn built around syncopated basslines, are never lost underneath the sheer gravelly weight of the vocal.

Neighbourhood Witch is a two part release that earmarks Treeboy & Arc as one of Leeds most uncompromising emerging bands, and Louder Than War are pleased to be able to offer an exclusive premiere of the track’s progressive first part. You can stream in full below: