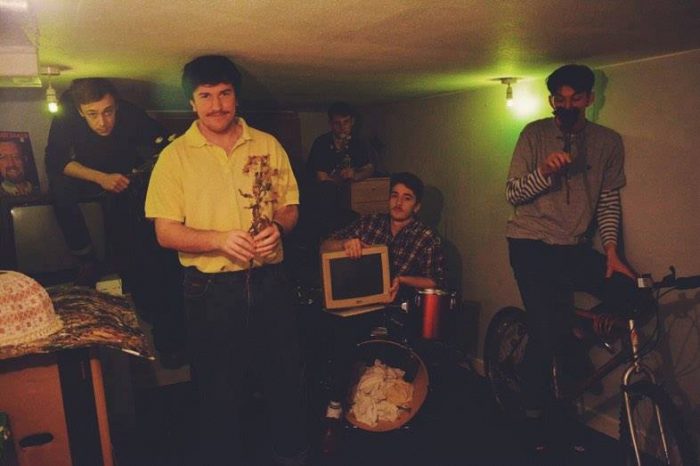 Like many bands from the city, Leeds-based five piece Party Hardly are no strangers to doing things themselves. Originally starting life as a bedroom project before gravitating to the slightly larger confines of a studio, the band have only been active for a little over a year, and in that time have already managed more than some bands ever do. With support slots for the likes of INHEAVEN and Mouses already under their belts, not to mention an appearance on DIY’s Live At Leeds stage, it’s clear they’re making all the right moves.

With the first single Friendly Feeling earning the band lofty praise from across the board, Louder Than War are pleased to premiere the Party Hardly’s second release, the equally woozy, deliciously narcotic Jobs, a song about the monotonous routine of working life, “Jobs is an ode to teens growing up and having to face the harsh realities of the working week. Having to face the fact that you’re more than likely going to have to work your young years away in a 9-5 job doing the same mundane thing everyday just to get by, rather than doing something you’d enjoy in life. Basically it’s about shit jobs” Tom Barr explains, you can stream the single in full below: