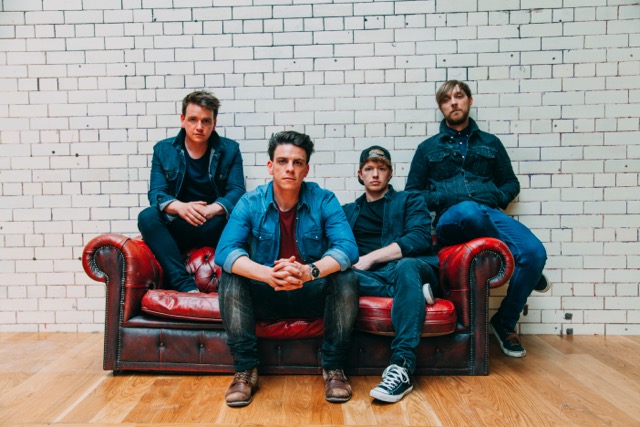 There may only be two members with the same surname, but The Dunwells are very much a band of brothers. Consisting of two siblings and two close school friends, the hardworking quartet from Leeds have released their widely anticipated new single ‘It’s OK This Time’ just before they head on their huge end of year tour in early December.

The Dunwell’s latest single It’s OK This Time is their bravest release yet. Honing a much more dramatic clarity, this single is a different direction for the group yet the amalgam of delicate indie rock hooks and softened acoustic blemishes can be recognised from their previous releases quite clearly. A sentient vocal resides with cinematic string arrangements and builds a defining foundation for the conscious lyrics and narrative.

The Dunwells released their latest album Light Up The Sky earlier this year. Since its release, The Dunwells have been busy writing their follow up. Now with the release of their new single, the band wanted to put it out to coincide with the tour, and to provide a taste of what  2017 holds in store. You can stream It’s OK This Time below.

You can catch The Dunwells at one of the following dates: