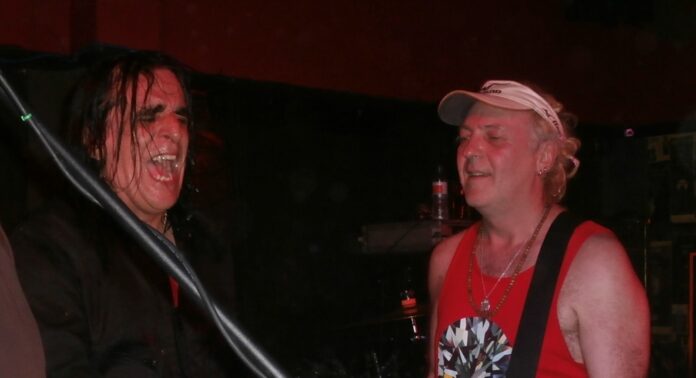 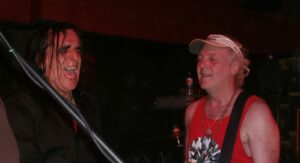 Really looking forward to this album after these two tasters…

Killing Joke are on a mission to take their music of resistance to a whole new level with latest / 16th studio album Pylon, released October 23rd via Spinefarm Records.
With the original line-up of Jaz Coleman, Geordie, Youth & Big Paul continuing to hold firm, the band unveil a pseudo video for ‘Euphoria’ –
‘Euphoria’ is the second song to be aired from KJ’s forthcoming new album Pylon, following the lyric video for ‘I Am The Virus’.
To pre-order Pylon (produced in the UK and Prague by the band and Tom Dalgety, whose credits include the hugely successful Royal Blood album), limited editions and exclusive merchandise, head to: https://killingjoke.pmstores.co. All audio purchases of Pylon from Pledge will receive the lead track ‘I Am The Virus’ as an instant download.
The new album will be released in a variety of formats, including Deluxe Double CD & strictly limited Double Coloured Vinyl, with both versions featuring additional tracks.
Killing Joke will be playing a 10-date headline UK tour to coincide with Pylon’s release, as well as making selected in-store appearances. The tour starts in Cardiff on October 25th and finishes at the Roundhouse in London on November 6th. This will be the start of an extensive period of touring that will see this most legendary and infamous of bands taking their music and message to audiences around the world.
Killing Joke UK tour dates
October
25       Cardiff University Great Hall
26       Brighton Concorde 2                          SOLD OUT
27       Exeter Lemon Grove
28       Nottingham Rock City
30       Oxford O2 Academy                       NEW DATE
31       Birmingham The Institute
November
01       Manchester The Ritz
03       Glasgow O2 ABC
04       Leeds Beckett University
06       London The Roundhouse
Tickets are available now at https://myticket.co.uk/artists/killing-joke
HMV October in-stores
23      HMV Oxford Street, London. Live performance (4/5 songs), plus signing session.
25      HMV Cardiff (signing only).
27      HMV Exeter (signing only).
28     FOPP Nottingham (signing only).
For more information on these in-stores, please go to  https://www.hmv.com/hmvlive/killing-joke