Home Music Bands Listen! Joanna Gruesome, whose Weird Sister was number 15 in our 2013... 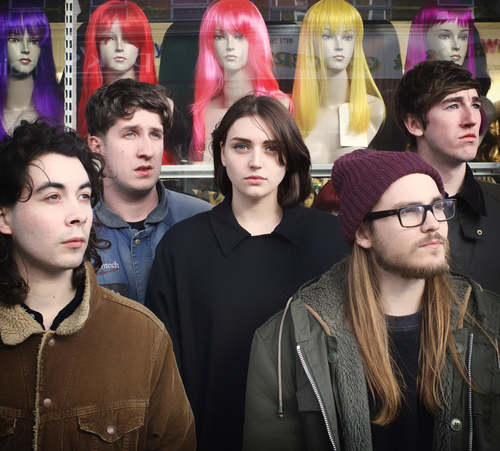 The brilliant Joanna Gruesome, whose last album scored a mighty impressive no. 15 in our albums of the year list 2013, yesterday announced the arrival of a new one, Peanut Butter. Full details, tour dates and yes, a flipping track off it to stream as well can be found below!

Seems like ages ago when we first came across the glorious sounds of Joanna Gruesome – and it’s been great fun keeping up to date with them, and some glorious live shows, ever since. So news that they have another album set to drop very soon yesterday was greeted by no end of whoops this end and, seemingly, the end at which people who write press releases live because I’ve had three of them about this same release arrive in the last 24 hours.

So … why so many press releases you ask? Because this release is coming from a whole medley of tip top indie labels. Fortuna POP! (UK), Slumberland (US) and Turnstile (ROW) to be precise. Some choice cuts from them include…

“…Their terrific debut album Weird Sister took the world by storm when it was released in September 2013, going on to win last year’s Welsh Music Prize.”

“We tried to make it shorter, more economical and attempted to pack as many hooks and screams in as quickly possible in order to avoid short changing the consumer or wasting her/his/their time. Lyrically it’s more obtuse and surreal but also attempts to mock trad masculine rock themes whenever things do get more lucid. But sometimes musically we embrace them by doing embarrassing guitar solos. I’m not sure how much else I’m at liberty to say but one thing I will disclose is that the record is a response to threats posed by rival groups.”

Now check out this bloody ace sample track off it, below which you can find some upcoming dates: