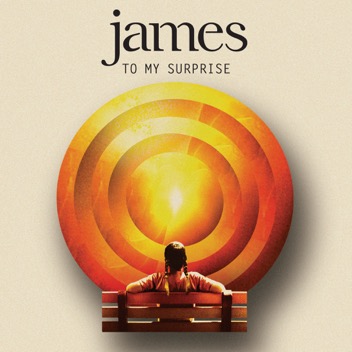 James return with their brand new single To My Surprise, the first song from their much anticipated forthcoming album, Girl At The End Of The World. The single is available today (Tuesday 24th November).

With its memorable chorus of “Were you just born an arsehole.” it’s a finger pointing lyric with a sense of humour.

Listen to ‘To My Surprise’ here: https://smarturl.it/ToMySurpriseAudio

James are one of the UK’s most creatively restless and loved artists. Known for their unique and diverse style over their 13 studio albums, they’re both critically acclaimed and commercially successful, having sold over 12 million albums worldwide. The band originally signed to the iconic Factory Records in 1982, and have since gone onto produce a string of massive hit singles, including: Sit Down, Come Home, She’s A Star and Born of Frustration. Now, 32 years on they have crafted a record that the band consider their best ever.

The album Girl At The End Of The World which will be released on 18th March 2016 on BMG Recordings sees the band work once more with producer Max Dingel (The Killers, Muse, White Lies) with their former mentor Brian Eno dropping in for a brief visit. The new album is both anthemic and euphoric, with its simmering electronica continuing James’ long connection to the dance floor.
The band’s trademark songwriting and Tim Booth’s distinctive vocal & evocative lyrics prove once again to be amongst Britain’s finest.

The Girl At The End Of The World Tour spans the UK, including a giant hometown show at Manchester Arena and a 3 date takeover of London at O2 Shepherd’s Bush Empire, O2 Forum Kentish Town and O2 Brixton Academy.

Tickets are on sale now and the album is available to pre order.

Girl At The End Of The World track listing:

JAMES – GIRL AT THE END OF THE WORLD TOUR