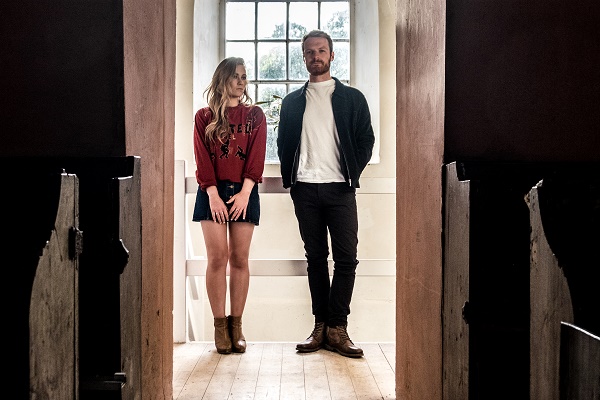 Led by siblings Joe and Helen Hammill, Cattle & Cane’s new single 7 Hours is the first taste of what’s to come from the band’s brand new album, which is all set for release in early Spring 2017.

Produced and mixed at ICP Studios in Brussels and mastered at Abbey Road Studios in London, 7 Hours showcases Helen and Joe’s finely crafted indie-pop and provides the perfect platform for the kind of soaring harmonies which are truly synonymous with family.

In between studio sessions, Cattle & Cane have spent the past few months performing at acclaimed tastemaker events such as Reeperbahn Festival, Live At Leeds and Evolution Emerging, as well as at some of the UK’s finest boutique festivals. 2016 has also seen the band tour abroad for the first time, with shows in Germany, Malta and Belgium.

With extensive national support from the likes of BBC 6 Music, BBC Radio 2, BBC Radio 1, Amazing Radio and Channel 4’s Sunday Brunch, Cattle & Cane have been heavily championed by the BBC Introducing team and performed at T In The Park and BBC Radio 2 Live in Hyde Park before they’d even released their debut single.

You can stream 7 Hours below: