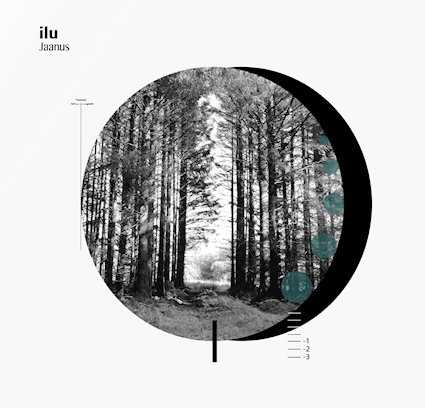 Welsh based duo ilu are currently streaming their forthcoming single ‘Jaanus via Soundcloud. Listen below.

Taking influence from the chiming linear movements of ‘Faust IV’ by Krautrock pioneers Faust and of New Wave and early New Romantic flourishes found within ‘Systems Of Romance’ by Ultravox ilu’s second single ‘Jaanus’ is delicate yet bold and unafraid. Choosing to keep the music uncluttered and allowing the song to reveal itself within it’s unconventional musical structure the listener is embraced by the songs sadness.

‘Jaanus’ deals, as the band explain….”with loss, with grief that robs you of words to try and explain or even comprehend. ‘Jaanus’ is an act of communion, of reaching out. This is a love song for a love that cannot die.”

As with all ilu material the recording of ‘Jaanus’ was started in Tallinn, Estonia and finished by Tim Lewis (Spiritualized, Julian Cope, Coil) in Aerial Studios back in rural Carmarthenshire, Wales.

‘Jaanus’ will be released via Libertino Records as a digital download on the 14th December.